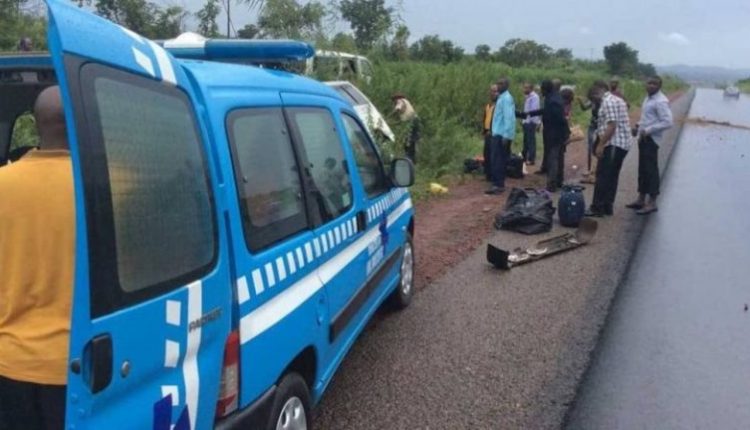 It was an unfortunate scene on Wednesday at the Ogunmakin and Kara axis of the Lagos-Ibadan expressway, when multiple crashes claimed the lives of ten persons, leaving fourteen injured.

According to reports, the first accident which claimed the lives of four persons, leaving thirteen others injured; occurred when a Toyota Hiace bus suffered a tyre burst, summersaulted and went up in flames in the Fidiwo area of Ogunmakin.

The four victims who died were said to have been burnt beyond recognition.

The spokesman of the Federal Road Safety Corps (FRSC), Ogun Command, Mrs Florence Okpe, confirmed the accident in a statement made available to newsmen, stating that the accident occurred around 2pm and involved 18 passengers.

Mrs Okpe said the second accident occurred at about 6pm around Kara turning, also on the Lagos-Ibadan Expressway.

She said the crash involved a Toyota Previa marked— LRG165AA which claimed six persons, while one female passenger sustained injury among the eight persons on board.

She quoted the sector commander, Ahmed Umar, to have commiserated with the families of the victims.

Drunk Driver Rams Into People, Kill One At Sango Ibadan