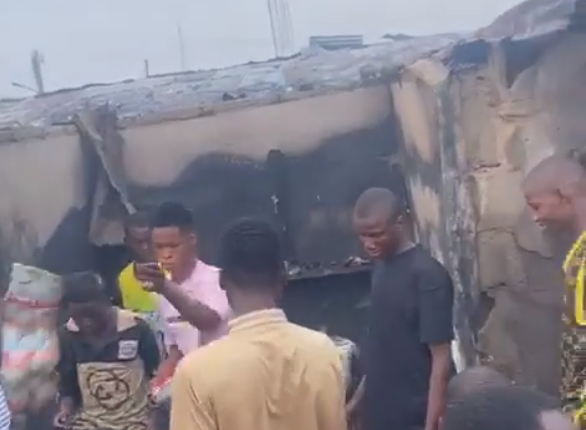 The National Emergency Management Agency (NEMA) has said that over 100 shops were destroyed during Monday’s fire incident that occurred at Bodija Market in Ibadan, the Oyo State capital.

The agency also revealed that no fewer than 350 traders in the market were also affected.

It made these revelations on Monday.

Akéde Ọ̀yọ́ recalls that property worth millions of naira were destroyed at Bodija Market by a fire incident in the early hours of Monday.

The cause of the fire incident has not been ascertained as of the time of filing this report.

But, NEMA in its reaction, said that about 100 shops were razed, adding that over 350 traders were affected.

NEMA Southwest Zonal office in a statement made available to Akéde Ọ̀yọ́ also disclosed that foodstuffs and other valuable items worth millions of naira were completely destroyed.

NEMA said that it and other stakeholders were informed and they quickly went to the scene of the incident to rescue the situation.

“NEMA received a distress call early hours of this morning of the fire outbreak at a section of Bodija Market in Ibadan, the Oyo State capital. Immediately, the Zonal office activated and mobilised the Federal and State fire services to bring the situation under control.

“Over 350 traders were affected, while shops close to 100 were totally razed down by the fire. Foodstuffs and other valuable items worth millions of naira were completely destroyed,” it said.