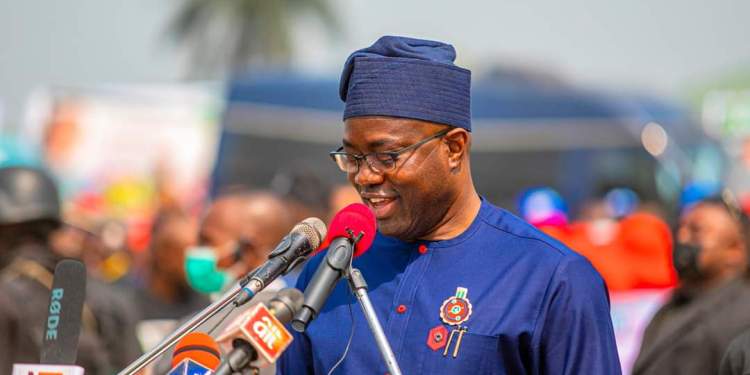 A statement by the Chief Press Secretary to the governor, Mr. Taiwo Adisa, indicated that the governor said this while signing two Bills into Law at the Executive Chamber of the Governor’s Office, Secretariat, Ibadan.

Makinde listed some of the departments and agencies as the Bureau of Public Procurement; Operation Burst, the Oyo State Anti-corruption Agency, Oyo State Fire Service, Sustainable Development Goals SDG Office and others.

The governor also listed several projects that the administration is looking forward to completing in 2022, including the four bus terminals being constructed at Challenge, Ojoo, Iwo Road and New Ife road and the Fasola Agribusiness Industrial Hub, among others.

He charged residents of the state to continue to ask questions about what the administration is doing and how it is spending the state’s resources, saying:

He said: “That is why I try not to acknowledge when people try to say they want to come and thank me for doing this and that. It is the people’s money but not my money and we must spend it for the people.

“But I must also mention that every right comes with responsibility. Yes, you have the right to ask questions and you also have the responsibility not to spread lies and disinformation.

“Last year, during the budget signing, I had to dispel the rumor in the Press that the Oyo State House of Assembly had padded the budget. This year, it is something new. Some people went out to say that the N26bn allocated to capital and recurrent expenditure of the governor’s office is for feeding. Let me ask, what could we possibly be eating that will lead to such allocation?

“Well, let me make it clear for those who are still confused. The Governor’s Office is made up of at least 10 departments and agencies. Each department and agency has staff and they also carry out capital projects.

“We also have other agencies under the Governor’s Office, like the Bureau of Public Procurement; Operation Burst and the Oyo State Anti-corruption Agency.

“So, anyone going around saying this money is for feeding is just a mischief-maker.

“With this budget of growth and opportunities, we have things to look forward to in 2022. I will also like to take this opportunity to thank the good of Oyo State for all the support that you have given our administration in the last two years and for the opportunity you have given us to serve you.