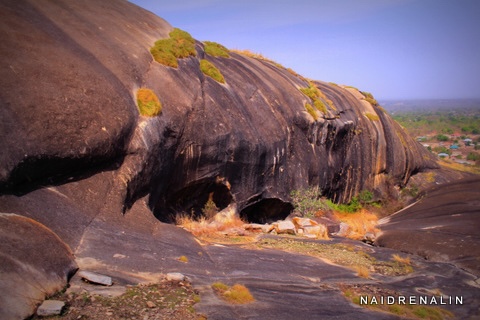 Oyo State government has confirmed its readiness to host this year’s World Tourism Day at the Iya Mopo Hill in Igbeti.

Iya Mopo Hill, the highest hill in Igbeti, which occupies over six kilometers of land mass and is as high as one hundred and fifty feet, was once used as shelter against attacks.

History has it that, a very powerful goddess turned into the hill after she decided to stop living among humans. Like a new bride, Iya Mopo stands out beautifully at 350m, in the village of Igbeti.

From inception, which dated back to1970, the United Nations (UN) marked every September 27 as a global observance day for creating awareness of tourism’s social, cultural, political, and economic contributions to tourist destinations and host communities.

In recent times, World Tourism Day has become occasions to equally showcase the contributions that the sector makes in attaining the UN Sustainable Development Goals.

With this year’s theme ‘Rethinking Tourism’, Oyo State’s observance of the 2022 World Tourism Day in Igbeti would highlight the Iyamopo Hill as one of the state’s rich tourism destination.

The Senior Special Assistant on Tourism and Culture, Hon. Akeem Ige, who led a delegation to Igbeti, has assessed the level of preparedness by the authorities of Olorunsogo Local Government Area, in hosting this year’s edition.

In the meantime, this year’s celebration is prospected to attract more international tourists inflow into the town.