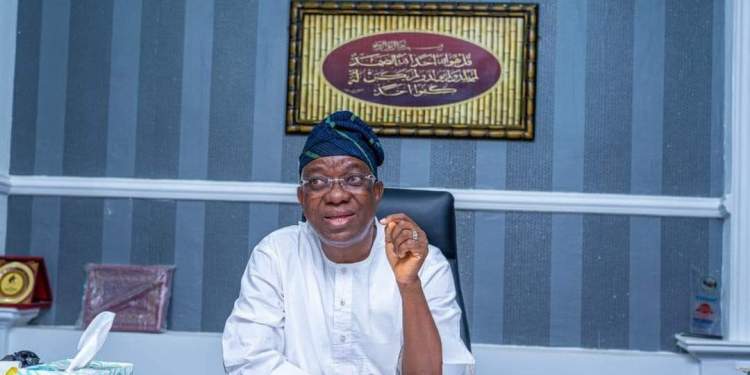 Olaniyan in a statement by his media team on Tuesday, said he remains an active member of the PDP and has no plan of dumping the party.

The statement reads: “The attention of Oyo State Deputy Governor, His Excellency Engr. Rauf Aderemi Olaniyan FNSE, has been drawn to a rumour making the rounds on an online tabloid, Newsflash NG run by a private account of one Comrade Akinloye on Facebook and published on 4th April 2022, that Oyo Deputy Governor and other PDP stakeholders are set to dump PDP for NNPP.

“We wish to state that the purported news item has no credibility of any sort and it is a mere conjecture with no compelling basis.

“For the records, the Deputy Governor remains an active member of PDP and he has not, at any material time, conceived or taken step to join any party known as NNPP.

“The Deputy Governor is committed towards ensuring that the current administration ace imperishable landmarks for Oyo State and would not be deterred by ploys and grapevines aimed at creating smoke-screens.

“The rumour is of no moment, and we urge the good people of Oyo state to stay true and supportive of this administration to attain much greater goods in the days ahead”, the statement added.