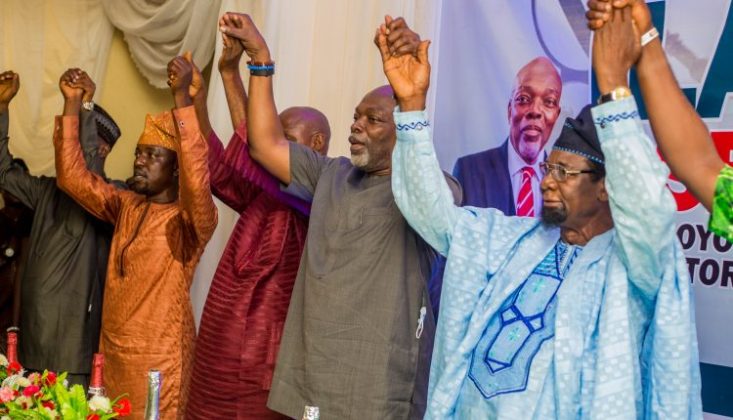 Chief Bisi Ilaka, immediate past Chief of Staff to Governor Seyi Makinde, has said the Peoples Democratic Party (PDP’s) national rescue mission will begin from Oyo Central Senatorial District in 2023, basking in the glory of the governor.

Ilaka, who is the Ladilu of Oyo Kingdom, spoke in Ibadan, the Oyo State capital on Tuesday during the declaration of his senatorial aspiration at a ceremony attended by the PDP leaders, council chairmen and party chairmen in the 11 councils in the district.

The tax lawyer also used the occasion to chide the Federal Government for its decision to impose additional taxes and levies on Nigerians beginning from the New Year, noting the plan showed the All Progressives Congress (APC) administration had no clue on how to run anything, talk less of businesses.

Ilaka, who was PDP’s candidate in the 2019 senatorial election for Oyo Central, said the claim he lost the last election by about 7, 000 votes was a complete travesty and “one of the most miraculous things I have ever witnessed.”
“In 2019, we were in the opposition, fighting against an entrenched government. It was an uphill battle. But now, we have our government in the saddle and a special band of brothers in the form of executive chairmen of local government areas who are the CEOs of their respective councils.

“So, the dynamics have changed. We are now playing the ball in the opposition’s own half. We will promise less than we will deliver and being that the Seyi Makinde-led government is well loved by the people, we will bask in his glory.
“We have had enough of this grossly ineffective representation by the APC at the National Assembly. In fact, we all know that in this state, there is no other party except PDP. And that one of the many distinguishing things for us is that we have a leader.

“We are in a very defining moment in the history of the nation. We know we have national challenges which include restructuring or the rearrangement of how we want to live together in the country. As long as there is no justice, no equity and fairness, our challenges will remain the same.

“I put myself forward again and this time, we will all be victors. I will provide the representation that the people of the district truly deserve as opposed to the one that has been undeserving year after year,” he said.

On the impending taxes, he said what the President Muhammadu Buhari-led government should have done was to aim at effective tax administration and deploy strategies such as encouraging people to voluntarily pay taxes.
“We have enough tax rates, levies and charges in the country. What is lacking is effective machinery to collect the taxes. So, we should widen the tax net as opposed to imposing additional taxes on the tiny minority.

“So, I think they have got it all wrong. They should have been effective in tax collection, evolving mechanism towards that, particularly encouraging people to voluntarily pay which will save a lot of headache.

“What the country needs therefore is not additional taxes, but effective tax administration,” he said.