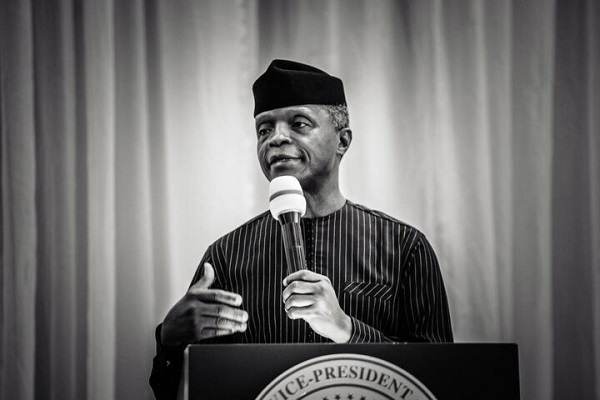 The Vice President, Yemi Osinbajo, on Friday, visited the Olubadàn of Ibadanland, Oba Olalekan Balogun, at his Alarere residence, in Ibadan, to seek the traditional ruler’s blessings on his presidential ambition.

The News Agency of Nigeria (NAN) reports that the visit was in continuation of the vice president’s visitation to states ahead of the primary election of his party, the All Progressives Congress (APC), holding in May.

Osinbajo said the that he came to pay homage and sought the traditional ruler’s blessings on his desire to take over from President Muhammadu Buhari in 2023, after the completion of the current tenure.

He explained that his decision to contest the post of presidency was made in realisation of the need to put into use all the experiences he gained in the last seven years under the tutelage of President Buhari.

“During these years, our president truly gave me every opportunity to know all what the government was doing, including very sensitive issues and I felt it would be the right thing to do, to deploy all those experiences under me to the service of the country.

“Nigeria needs those who are willing to serve, to attain her potential. I have come to Ibadan to confer with the party delegates on my intention to run for the presidency, which I formally declared on April 11.

“Kabiyesi, I know that you are no more a politician. Though it is said that we are all political animals, but your position as the father of all, precludes ‘Your Imperial Majesty’ from being active.

“So, I covet your prayers and want to assure Your Majesty, that wherever I may be, your highly respected position is guaranteed,” Osinbajo said.

In his response, Oba Balogun wished the vice president good luck in his desire to contest the presidential race.

“We are proud of you and share your aspiration. Just let me hand you over to the Almighty Allah, to take total control and be with you and your entourage,” Oba Balogun added.

The royal father also prayed for the vice president and his entourage.