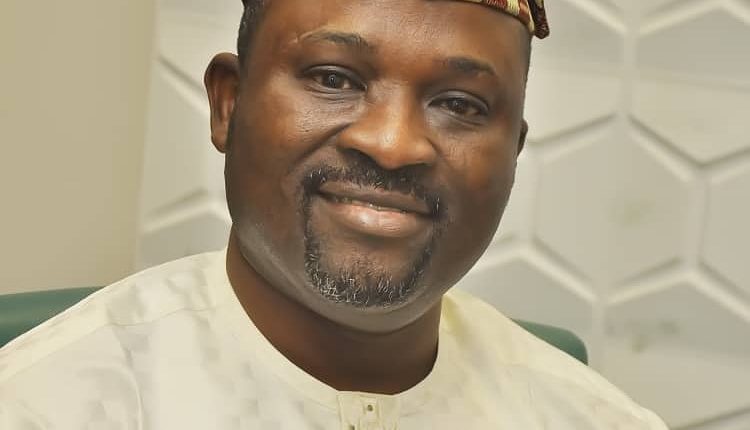 As political parties and politicians in general get set for the race towards electoral participation in the 2023 general election, over 900 youth in Ibadan North Local Government Area of Oyo State have taken preparations seriously and in an unexpected fashion, have already mobilized themselves to secure expression of interest and nomination forms for Hon. Prince Olaide Akinremi popularly known as Jagaban to once again contest the House of Representatives seat under the platform of the All Progressives Congress (APC).

This development which came as a breaking news to the amiable and well loved Hon. Akinremi Jagaban is one which has been greeted with applause by leaders, elders, stakeholders and general constituents of Ibadan North Federal Constituency, considering the group of youths who took this laudable step, ones which has benefitted from the employment and empowerment initiatives facilitated by Hon. Olaide Akinremi since 2019 when he secured the mandate of the good people of Ibadan North Federal Constituency.

As gathered, representatives of different youth groups who came together to contribute this already available millions of naira for Hon. Olaide Akinremi’s expression of interest and nomination forms to contest next month’s primaries under the All Progressives Congress explained in details to the media team of Hon. Jagaban, reasons why they decided to take the step.

Speaking on behalf of his colleagues in these ranks, Mr Kunle Asubiojo explained that the progress of Hon. Prince Olaide Akinremi is priority to himself and his colleagues, as they remain eternally grateful to the Ibadan North Federal Rep for their current positions in life.

He noted that contrary to what is obtainable with some Honorables, Hon. Olaide Akinremi considered only children of the masses, and of those who gave him their mandate, and made sure he followed their applications to a point of success, a success they all enjoy till date.

Mr Taliat Ayoade while speaking on behalf of his colleagues in different law enforcement agencies also narrated how surprised and filled with gratitude they all were on realizing how far Hon. Olaide Akinremi pushed to secure their appointments, noting that it is difficult to come across such a selflessly good man in today’s political terrain.

He went further to say that rallying round Hon. Prince Olaide Akinremi at this point is necessary to show gratitude, but more importantly, to not deny many other youths the opportunities himself and hundreds of other youths have gotten from the outstanding Hon. Jagaban, as he is a man who continues to search for opportunities of better life, and hands such over to youths in Ibadan North Federal Constituency and beyond.

More so, dozens of youth who are job beneficiaries at a number of Government hospitals and health institutions through the effort of Hon. Prince Olaide Akinremi, as well as hundreds of those at different private establishments in Oyo State and beyond also joined other grateful youths to contribute to the purchase of this expression of interest and nomination forms, stating without mincing words that Hon. Akinremi Jagaban is a liberator and true lover of youths.

In addition, skilled and unskilled youth in overwhelming numbers who had been assisted through different empowerment initiatives of Hon. Olaide Akinremi, who are now able to live a financially independent life also collaborated with youths in other categories in raising this fund, as hundreds of them have been privileged to participate in various vocational and entrepreneurial training programmes facilitated by Hon. Prince Olaide Akinremi, where they afterwards got empowered with needed starter packs and start-up cash as each required.

Another category includes youths who got financial support and empowerment items needed to boost their already thriving businesses from Hon. Olaide Akinremi, as he is a man who readily clamors for financial independence and individual sustainability of people irrespective of age grade. Speaking on behalf of beneficiaries in this set, Mr Olohuntoyin Oduwole who owns a relaxation spot stated that they all remain grateful to a man who has taken the plight of the youths seriously, and who continues to work on all fronts to alleviate their challenges.

Lastly, hundreds of youths belonging to different support groups for Hon. Olaide Akinremi weren’t left out on this noble cause, as members of Akinremi Youth Connect led by Comrade Raji Jelili, Akinremi Liberation Group led by Comrade Olabisi Oluwaseyi among many other youth support groups participated actively through donations too.

To all these coalition of Ibadan North youths, an amazing first term member like Hon. Prince Olaide Akinremi (Jagaban) deserves the support of everyone to return to the House of Representatives for another term, for his magnanimity, enviable representation and outstanding performances as the representative of Ibadan North Federal Constituency of Oyo State since June 2019.