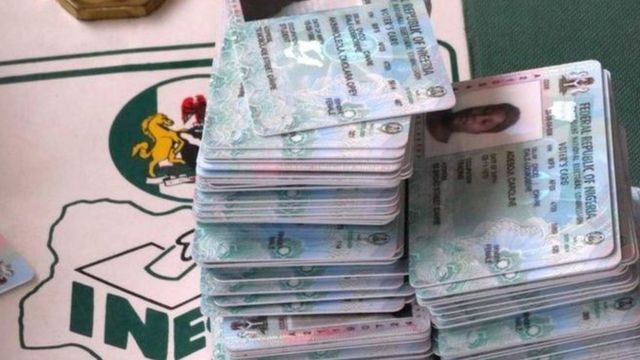 The Independent National Electoral Commission in Oyo state has revealed that more than 650,000 Permanent Voters cards (PVCs) remain uncollected at their offices across the state.

The Oyo state INEC boss consequently called on concerned persons to use the opportunity of the Continuous Voter Registration (CVR) exercise to get their PVCs with the 2023 election knocking.

He announced that there will be 111 registration centers in the state with the CVR exercise to be carried out continuously for a year.

Apart from the online registration, which began on June 28, Agboke encouraged Nigerians to participate in the physical Continuous Voter Registration (CVR) on July 19 at all INEC state and local government offices across the country.

He expressed confidence that no eligible Nigerian will be disenfranchised as a result of the ongoing online exercise and physical CVR.

The present CVR exercise, according to Agboke, was designed for efficiency, and the online exercise will prevent overcrowding at registration centers, especially given the current security situation and the COVID-19 pandemic, and make registration processes easier.

He especially urged the political elite and political parties to aid by mobilizing the electorate to register to be included on the voter registration list for the general election in 2023.

Agboke stated that the additional 1,607 polling places will ensure better voter access during elections. He also mentioned that during the Continuous Voters Exercise, which begins online on June 28, 2021, new polling units will be available for voters.

Oyo To Restrict Daytime Movement Of Trailers And Trucks