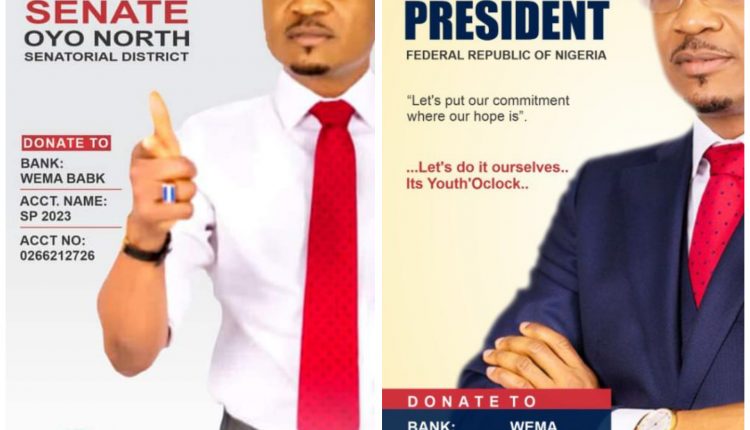 The Lawmaker representing Iseyin/Itesiwaju/Iwajowa/Kajola State Constituency at the Federal House of Representatives, Hon. Shina Peller has been in gripped in dillema of whether to limit his ambition to Oyo North Senatorial District or to join the race for presidency. The Lawmaker in a statement he made available yesterday via his Official Twitter handle did not specify conclusively on where his ambition tilts towards.

According to the Lawmaker, he would make known his final position on his ambition today Thursday 5th by 3pm

Highlight of his fulll statement as stated below:

THE DIE IS CAST

In recent times, I have had several support groups clamouring that I make bold political moves. I sincerely thank them for their trust and concern. While there are calls for me to run for the senate others say I should throw my hat into the presidency ring.

As a leader, I understand that I must make tough decisions and make tough sacrifices to enhance the lives of people around me.

I am not oblivious to the fact that persons of interest are donating to further this cause, however, the reality of our political system where delegates decide on the fate of millions makes the yearnings of the youth even more difficult.

I appreciate everyone for their time and sacrifice. This is not about me but the next generation – I have always been committed to building a new generation of leaders.

As young and credible people, it’s about time we make strong demands from our party. We must bring our negotiation strength and skills to the table even as political party primaries fast approach.

To this end, a meeting by the coalition of Progressives Young Nigerians shall be taking place at Ikeja Airport Hotel, on Thursday 5th of May, by 3 pm. Young people seeking elective positions in the country are invited.

Lagos-Ibadan Highway Will Be Commissioned In June – FG