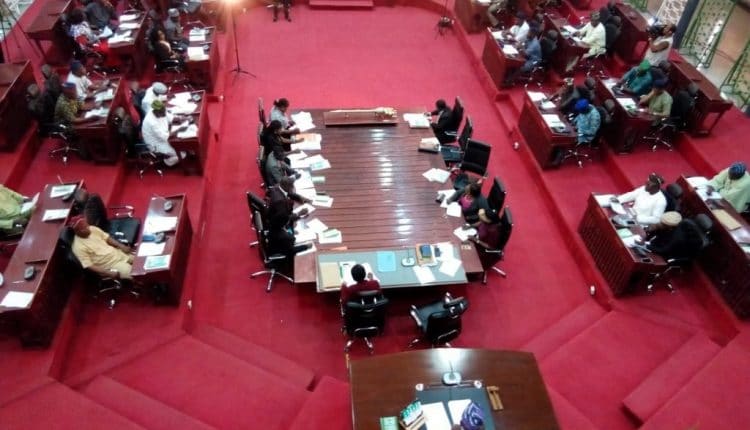 2023: Two APC Lawmakers That Will Not Return To Oyo Assembly Next Year

At least two members of the Oyo State House of Assembly who were elected on the platform of All Progressives Congress (APC) have failed to secure return tickets of the party.

This Newspaper reports that six lawmakers were elected to represent their constituencies during the 2019 general elections on the platform of the APC.

However, two of the lawmakers have failed to secure the tickets of the party ahead of the 2023 elections.

The two lawmakers are Oluwaseyi Adisa and Oyeleke Simon Adegbola.

Adisa, a former aide to the immediate past governor of the State, late Abiola Ajimobi, is currently representing AFIJIO constituency.

But, one of the lawmakers, Adisa who spoke with DAILY POST Sunday night, confirmed that he will not return to the Assembly in 2023.

Adisa, who said that he did not seek a return ticket, explained that he did so because of the zoning arrangement in the State constituency.

He, however, said that he is not moving to any political party.

He said, “No I am not going anywhere and I did not contest for a return ticket nor buy any form.

“Also know that the other APC lawmaker did not buy form as well.

“Yes. he did not contest. We have a zoning arrangement in AFIJIO”.

DAILY POST had a few days ago reported that eight (8) current lawmakers, who were elected on the platform of the Peoples Democratic Party (PDP) may not return to the Assembly next year.

The lawmakers failed to secure the PDP tickets in their constituencies.

History: How MKO’s Denial Of Atiku As Deputy Linked To His June 12 Annulment