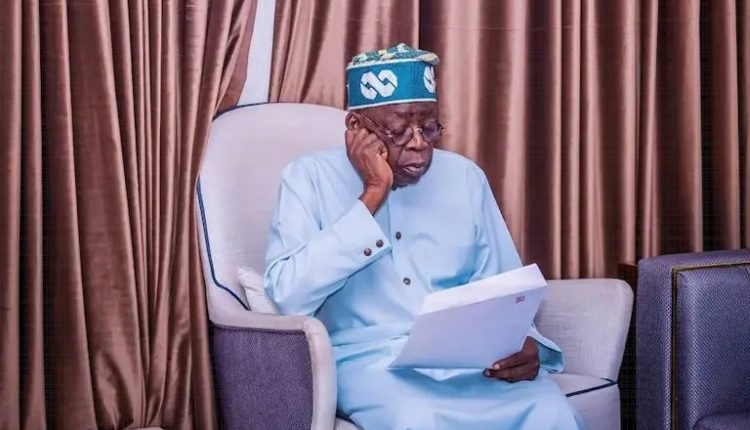 Tinubu has told the Independent National Electoral Commission (INEC) that his academic certificates were stolen by unknown persons while he was on self exile….

The presidential candidate of the All Progressives Congress (APC), Asiwaju Bola Tinubu, has told the Independent National Electoral Commission (INEC) that his academic certificates were stolen by unknown persons while he was on self exile.

Tinubu, a former Lagos State Governor, was one of the National Democratic Coalition (NADECO) Chieftains who fled the country under the regime of the late General Sani Abacha.

Abacha had clamped down on academics, activists and other technocrats opposed to his regime.

In his sworn affidavit in support of his nomination form for the office of the president, Tinubu said he “went on self exile from October 1994 to October 1999 (and) when I returned and discovered that my property including all the documents relating to my qualification and my certificates in respect of paragraph 3 above were looted by unknown persons.”

While Tinubu skipped information regarding his primary and secondary education in the INEC form, he, however, said he attended University of Chicago between 1972 and 1976, where he obtained B.Sc in Economics.

He also said he had B.Sc in Business and Administration, as well as certificate in Public Account.

Tinubu’s latest claims appear to contradict his previous election submissions, especially in 1999, when he ran and won the Lagos State governorship election.

He had said then that he attended St Paul Children’s Home School, Ibadan, between 1958 and 1964; while his secondary education was at Government College Ibadan (GCI), between 1965 and 1968.

Following a backlash, the former governor withheld his primary and secondary schools academic records when he recontested in 2003.

He had claimed that from Ibadan, he proceed to Richard Daley College, Chicago, from 1969 to 1971.

All the submissions were, however, challenged as fraudulent by a prominent Nigerian lawyer, late Gani Fawehinmi.
Fawehinmi, who argued the matter up to the Supreme Court, which dismissed the case on technical grounds.

In his forms, presidential candidate of the Peoples Democratic Party (PDP), Alhaji Atiku Abubakar, presented the Master’s degree he obtained in 2021, as his highest educational qualification.

Chronological History Of The Alaafin Of Oyo Empire From c.1210 Till Date