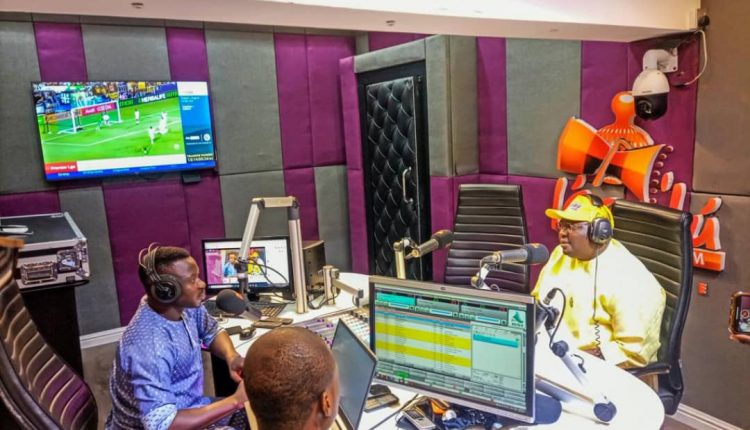 Adebayo Adelabu, governorship candidate of Accord in Oyo State, said that the votes he garnered in the 2019 election were enough for him to win if there was no coalition.

This was just as he revealed he could have used 10 years instead of the 4 and a half years he spent as one of the deputy governors at the apex Central Bank of Nigeria, CBN.

Believing that the work of governance is a comprehensive one that should be handled by experienced and hardworking persons, he said he resigned to take part in politics.

Adelabu, who is the Agbaakin Parakoyi of Ibadanland, made this disclosure on Bosenlo, a Lagelu 96.7 Fm anchored by Tayo Oyeladun on Saturday.

It’s not how far but how well. It’s not about how many years you’ve been a politician, it’s your intention and efforts that is important. For example, my brother Teslim Folarin has been a politician since 2003 and was a senate leader before contesting in 2015 and he had only 70,000 plus votes.

I Would Have Won

It is better late than never. The result of the last election did not indicate that I was not capable of winning because if you analyze it properly, you’ll see that five people contested an election and four decided to unite against only one person. If we voted separately, we’ll be saying something else.

When they observed our performance at the national election, it became obvious that APC would defeat them all that was why they decided to form a coalition.

The votes we garnered in 2019 were enough for us to win. If there was no coalition, we would have won. But it’s a blessing in disguise for us.

Accord: The Real Third Force

I say that when we do things the same way, we can’t get the same result. But when we want things to be different, we have to do it in different ways. I am happy that you gave us the history of Accord as a third force. In 2011 that it was founded, it finished third. Our father, Senator Rashidi Ladoja was the candidate. In 2015, he finished second. In 2019, Accord barely contested because Baba had decamped from the party.

We can technically say this is the third time that Accord will participate in an election with a prominent candidate. By the special grace of God, Accord will finish first this time around.

APC Considered Me In 2019 Because Of My Antecedents

The first time I contested was 2019 and I am happy that the APC gave me the platform. At the time, I was neither the most experienced politician nor the richest but they considered my antecedents and gave me the ticket and I garnered almost 360,000 votes which indicated that the party did not make a mistake.

Why I Left Private Sector

All of us will say we are going to London or America for holiday and we see how these places work. If people can govern those country well, why can’t we do the same for our country so that we can live comfortably everyday.

I am someone who is of the opinion that someone who does not participate in the process of governance, such a person has no right to always criticize the government of the day. That was why I left the private sector to serve the people.

I could have stayed and continue at the Central Bank to complete the 10-year contract I signed, but I left after 4 and half years because I felt like the work of governance is a comprehensive one that should not be experienced and hardworking youths.

My intention was to continue from where our late leader, Senator Abiola Ajimobi left off but man proposes, God disposes.

One thing I know is that in politics, you can’t always get what you want the day you become active. But if you remain focused and prayerful, you would get what you want and I am confident that by God’s grace this is my time.

8 Parties Approached Me For Ticket

When we left APC, 8 parties came to us to pick up their tickets. I told them I am not conetesting alone because we have senatorial, House of Reps aspirants with us who were also cheated in the APC. I told them we were coming as a team because we are a party on our own. It’s only a party that can accommodate all of us that we are going. If I look back and there is no one, do I stand a chance? No.

That was why thought about a party that can accommodate me, three senatorial candidates, 14 reps candidates and 32 house of assembly candidates. That was when Accord gave us the tickets.

They gave us with love. We paid no one. We prostrated to no one. There is nothing like Jagba in Accord. No one can do that in a party within three weeks especially a big party like Accord that has structure.

In APC, I was cheated. I did not participate in any primary because they had changed the delegate list. The list for the first day was the original list for primary. It was in the midnight that they changed the list.