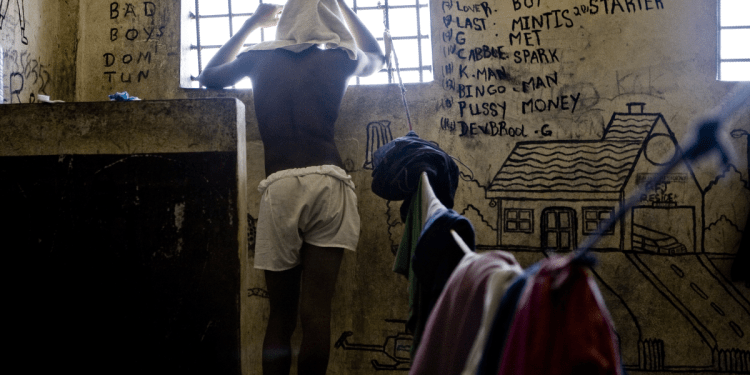 The command’s Public Relations Officer (PRO), DSC Anjorin Olanrewaju, made this known in a statement on Tuesday in Ibadan.

Olanrewaju said the participating students whose first subject would be Agricultural Practical in the 2021 NECO were already in examination mood.

According to Olanrewaju, the Controller of Corrections in Oyo State, Ailewon Noel, encouraged the 21 students to study hard, avoid panicking throughout the examination period and wished them the best in their papers.

Ailewon reassured the participants that success would be theirs since they had been preparing for the examination for a while.

The controller said imprisonment was never an excuse not to improve and develop oneself, adding that they could be whoever they wanted to be.

“Preparations have been ongoing for months towards getting the participants ready for the exams.

“Various NGOs and the NYSC have been assisting the Nigerian Correctional Service by sending professional teachers to the Agodi Centre to prepare the students towards passing the examination.

“One of the 21 participating inmates is a female and registered to sit for Science subjects with four other male inmates while 14 students registered for Arts subjects.

He said some Awaiting Trial Inmates that were acquitted that seized the opportunity to write and pass the exam in the past three years that the exercise started had since gained admission into various universities in Nigeria.

The controller said effort to register a National Open University (NOUN) centre in the facility was at advanced stage and would soon be a reality.

He said having a NOUN centre at the correction facility would enable successful inmates to further their studies to the University level.

“This is in line with the mandate of the NCoS Act of 2019 that makes a sharp deviation from the punitive treatment of offenders to corrective and world best measures that will see them being reintegrated into the society,” he said. (NAN)

Igboho Is Under Extradition Procedure To Nigeria – DSS