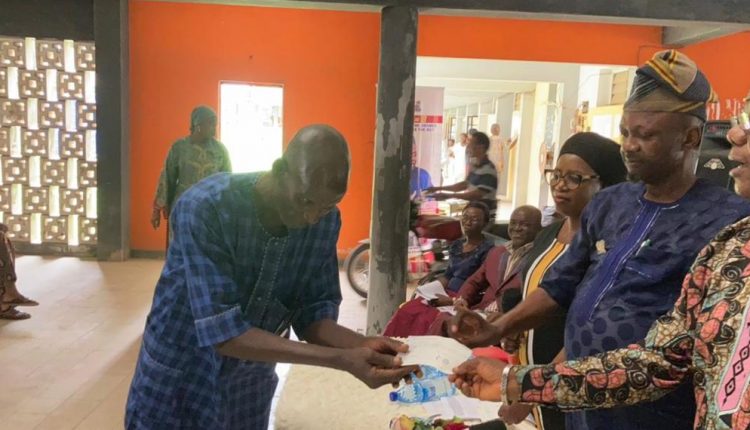 378 Retirees Get Gratuities As Oyo Govt Disburses Over N1b

The Seyi Makinde-led Oyo State Government says it has disbursed over N1b gratuities to over 378 retirees to clear outstanding gratuity owed them by the previous administrations in the state.

The Chairman of Local Government Staff Pension Board, Prince Adebayo Adeyemi, who presented symbolic cheques to some of the retirees at the Water Corporation Building on Tuesday noted that the Seyi Makinde led administration met a huge debt, and has remained responsive to clearing the backlog.

He added that the current administration, under the able leadership of Governor ‘Seyi Makinde, would continue in same pattern till the outstanding gratuities were offset.

“Gov Makinde has the intention to help the people and that is why this Government is totally different from the previous administration.

“We have been able to pay pensioners quarterly for a while and it is a such a great achievement for this administration and I’m sure the people are happy.”

The Chairman, however, called on the over 378 retirees who were beneficiaries of the disbursed gratuity to always support the government’s policies, urging them to use their gratuity judiciously.

He said: “Please, I want to urge you to utilise this money effectively. You have laboured so much and should not be seen spending such money anyhow. Use it for investment or anything that can give you a good return. Avoid investment in Ponzi or any other dubious investment schemes.”

In his remarks, the Executive Secretary of the Nigeria Union of Pensioners, Comrade Segun Abatan, commended Governor Seyi Makinde for his commitment to pensioners’ welfare as well as laudable style of governance.

According to him, there are plans by the union to organize a ‘Thank You Rally’ in appreciation of the Governor kind gestures.

“A lot of pensioners have died in the past but this is not happening again in this state. We have been asking Governors of the past administrations to increase the gratuity but they did not. And what surprised us the most was the fact that we did not write Governor Makinde before he increased the money, though gradually. So, I can tell you authoritatively that you don’t need to look elsewhere for an Omoluabi.

“As a matter of fact, we will continue to appreciate him and follow him to wherever he goes. Wherever we also tell our wards to go is where they will. The Governor will always have our support.

“We will organize nothing less than 10,000 pensioners to engage in ‘Thank You Rally’ to appreciate what Governor Makinde has been doing for us,” Abatan said.

Some of the retirees in their various remarks, also recounted their various plights before the intervention of the current administration and showered encomiums on Governor Seyi Makinde for his goodwill and modesty to them.

“I want to appreciate Governor Makinde for this gesture. We once had a governor in this state who said it is only who are still agile and alive that is entitled to pension,” One of them said.

Another pensioner, Pastor Olubunmi Jacob lauded Makinde for remaining steadfast in his commitment towards the welfare of pensioners and the entire work force in the state.