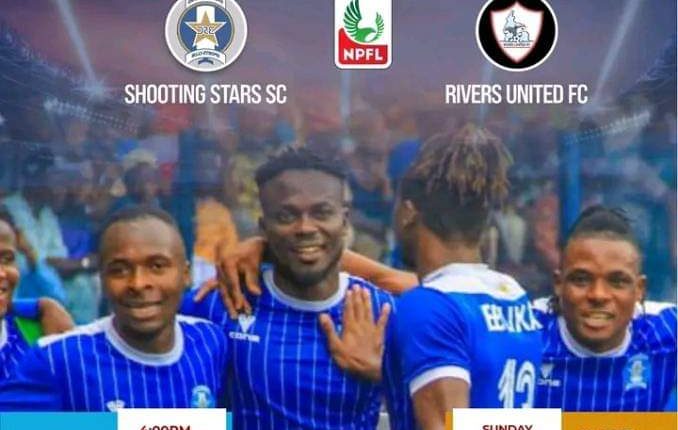 The Oluyole warriors beat the already crowned champion of the league to escape relegation in the 2021/22 league campaign.

A goal by Emmanuel Lucky in the 20th minute of the match put the home team ahead as Rivers United, Darlington Ovunda foiled an attempt to net a second in the 23rd minute.

Less than a minute later, Opeyemi Olufemi managed to get pass the goalkeeper with a well placed shot, doubling the lead for the Oluyole Warriors.

Rivers United’s Chijioke Akuneto got a goal in in the 35th minute bring the tally to 2-1 in favour of 3SC.

Moses Omodumuke tapped the 3rd goal in for the Oluyole Warriors in the 41st minute of the encounter and the first half ended 3 goals to 1 with 3SC leading.

Chijioke Akuneto scored the second goal for Rivers United in the 48th minute of the match, getting a brace in the match and bringing the score board to 3-2.

Despite more efforts from both sides in the remaining 42 minutes of the encounter, neither was able to break the other’s defence and the match ended 3-2 in favour of the Oluyole Warriors.

With this win, 3SC is out of relegation zone and will need just a draw in the final match to be in the NPFL next season.

2023: My Husband is Capable, Vote For Him If You Want Credibility In Government—Oyo NNPP Guber Candidate’s Wife, Ruth Popoola Tells Muslim Women