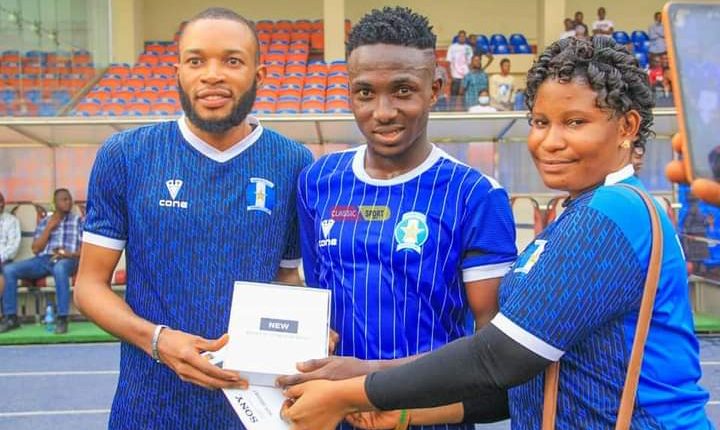 On a day all the Oluyole Warriors paraded fought well to ensure victory, the young left-footed player, came off the bench to terrorise the Afonja Warriors defence with his dazzling moves, scoring the 76th-minute leveller in the process

Minister for Youth and Sports, Sunday Dare Set to Commission…

The young lad, who joined the Ibadan soccer lords from Sunshine Stars, was picked ahead of the likes of equally impressive right back, Ghali Falke, midfielder Henry Ndedi who fought like a trojan, Tofeeq Malomo and winning goal scorer, Ebenezer Odeyemi

The award was presented to the player by the representatives of Ibadan. City Polytechnic, after the tension soaked and energy-sapping encounter.

An excited Adejubu, who also came off the bench to score a late equaliser in a matchday two fixture against Akwa United on the same turf, dedicated the award to the departed General Manager of the Oluyole Warriors, Rasheed Balogun, on behalf of the entire team.