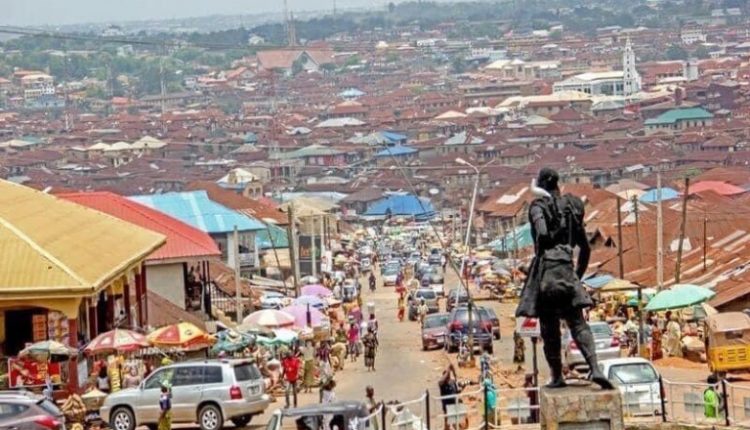 40 Facts About Ibadan You’ll Want To Share With Everyone

Ibadan is the third Largest city in Africa after Cairo and Johannesburg.

Ibadan is the Home of Nigeria Army 2nd Division

Ibadan has its oldest L.G.A as Oluyole L.G.A and Lagelu L.G.A

Ibadan is the Capital of Western Colonial
Administration 1893 and also Western Region since 1939, Ibadan operates the most orderly and peaceful monarchy system anywhere in the whole universe.

Ibadan hosts the very first University in Nigeria and the first and the best Zoological Garden nationwide (in the University of Ibadan campus).

Ibadan has 4 Government Reservation Areas (GRA, as we call them) – Iyaganku, Jericho, Onireke, and Agodi.

Ibadan has the oldest Surviving Newspaper in
Nigeria (Tribune Newspaper)

Ibadan hosts the first TV station in the whole of Africa 1959 as WRBC, later WNTV/WNBS and now NTA Ibadan

Ibadan hosts Mapo Hall, one of only 2 Town Halls in Africa of Greco-Roman architectural style.

Ibadan’s house-numbering, system for postal delivery using the cardinal points, N, S, E, W, SW,SE, NW, and NE is the only one of such postal codes in Africa, designed by the British.

Ibadan has the Bower Tower, designed by British Colonial Officer Taffy (also designed the Mapo Hall) is the only structure of its kind in Nigeria and West Africa, located on top of the city in the Agala Forest.

Ibadan hosted the first fruit canning factory in
Nigeria, Lafia Canning Company, established and
owned by the Western Nigeria Development Corporation, and supplied by the citrus and pineapple farm of Apoje, near Ijebu Igbo (in present day Ogun State).

Ibadan is the only city in Nigeria that has over 15
Federal Tertiary Institutions/Research Institutes,
namely:

Ibadan has the first stadium and International
Stadium in Nigeria (1945) the Liberty Stadium (now Obafemi Awolowo Stadium) with 35,846 capacity.

Ibadan hosts the Regional Headquarter of Central
Bank Of Nigeria, Dugbe, under which states like
Ondo,Delta, Ogun, Kogi,Edo Ekiti, Ilorin, and Oyo operate.

Ibadan to Oyo is the first motorable road in Nigeria
1905 built by Sir Percy Girouard.

The busiest road in Nigeria after Lagos-Abeokuta
expressway is Lagos-Ibadan followed by Abuja-
Kaduna express road.

Ibadan has the first tallest building in Africa, “Cocoa
House” 1952.

Ibadan is the city with the highest number of
Professors in the whole of Africa.

Ibadan is the fastest growing city in Nigeria (NBS).