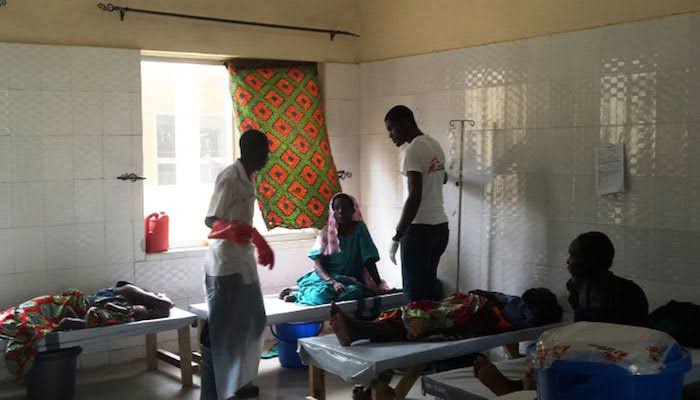 Irepo Local Government Area of Oyo State has been hit with a cholera outbreak within the last three weeks as the attention of medical personnel has been drawn to this.

Reports say that about 61 persons have been diagnosed with the disease and have been given medical attention as some patients have recovered and some discharged while others are still recuperating and under medical monitoring.

Out of the 62 persons admitted to the General Hospital Kisi, 55 persons are said to have been treated and discharged while six persons are still in the hospital.

According to our source who pleaded anonymity, the disease outbreak is caused by the carelessness of some indigenes of the area as they refused to take precautionary measures as the disease is preventable.

He further intimated to us that, since the first reported case on August 28, 2021, though the government is not happy with the situation, they have tried to respond quickly to salvage the situation and prevent it from escalating.

The source who is a medical expert, had this to say “As of today (Monday), there are 61 cases reported and recorded so far. Out of the figure, 55 persons have been discharged with only six still on admission

He further explained ” we have heard of cases of people with symptoms relating to cholera and we are aware of it and we have taken immediate actions towards responding to it.

“For about three weeks or thereabout now, we have been having cases but most of them are taken to the General Hospital and they are recovering within one or two days of receiving treatment”.

“We are concerned more because we are unhappy about the cholera cases. We have previously been in situations like this especially around this rainy season when you have an overflow of water sources which results in contamination and this in kind of situations, what is more, important is an individual doing all he or she can, to prevent themselves from the disease, however, the people are still getting it”.

He further lamented that ” simple things like not eating leftover foods and covering your foods when you intend to eat it again are not observed by people and these are measures that when observed, it is difficult to get cholera especially as our medical personnel has tried in sensitizing the public on these matters”.

“Get food and water from clean sources and where you are not sure of the cleanliness of the source, you boil your water before drinking it and cook your food very well “.

He added that “issues regarding rain are natural issues that are beyond human control but as individuals, if you can control what you eat, you will be able to prevent it.

” We have used the opportunity of the routine healthcare system, to sensitize people and people that come for child welfare clinic and antenatal clinics have been passing this information to people.

The source Also spoke on the things the government has done to curb the prevalence of this outbreak in different communities and he said that Chlorine has been sent to Local Government Areas for the chlorination of the water wells there, as this will reduce the rate of water contamination in these areas.

In his words, “We have sent some intravenous fluids to support case management if eventually, someone gets infected and you are worried about poverty, we sent the fluids ahead to the LGAs and that is not to say we are resting, we are still mobilizing more resources in that regard “.

“We have disease surveillance officers and surveillance focal person’s in the various health facilities as well as community informants in different locations numbering to at least 100 informants who feed us with information regarding anyone who is showing symptoms of cholera”.

He also spoke about some other suspected cases in other parts of the state and revealed that investigations proved that those cases were not cholera cases.

“There were rumours of a suspected case in Ido Local Government Area around early August, and we sent our disease surveillance officers there who visited Araromi, Apete, Bakatari, and the environs. We did that intensely but we could not find a case “he said.

“We must also mention, that we have sort support and receiving feedback from NCDC, and WHO among other partners ” he added.