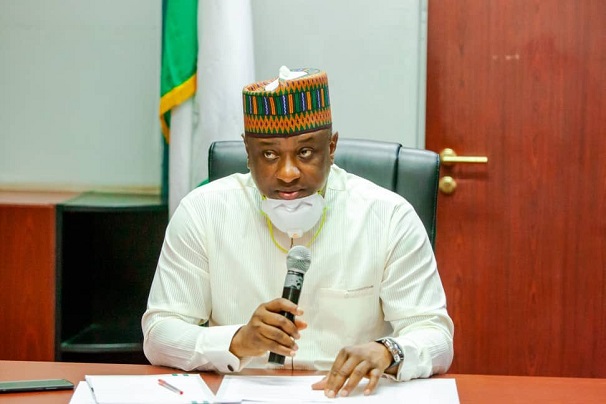 The Federal Government on Monday said about N7.3 billion was yet to be paid to the remaining beneficiaries of its 774, 000 Special Public Works Programme (SPWP).

The Minister of State for Labour and Employment, Festus Keyamo, gave this hint during a budget defence session organised by the Senate Committee on Labour and Productivity, in Abuja.

The Federal Government, through the programme, which is being supervised by the National Directorate of Employment (NDE), had engaged 774,000 Nigerians across the country to carry out public works for three months and to be paid and N60,000 each for the duration.

Senators had complained that some of their constituents enrolled who were enrolled in the scheme were yet to be paid their entitlements almost one year after.

The Vice-Chairman of the committee, Senator Kabiru Barkiya, said: “In my state, Katsina, some of the beneficiaries were asked to open an account with a bank that has no branch in the State.”

Keyamo however blamed the delay in payment to bank issues but promised that the remaining fund would be disbursed before end of December.

He disclosed that limited banks were selected for the programme to ease audit process.

“Why we insisted on certain banks was because of auditing process. This is so that we have a clear audit instead of us chasing banks all over the place.

“We said the bank should use their local branches to ensure that those 1,000 people selected in that Local Government Area go to those banks within that locality,” he said.

He however said that the Ministry has opened up the process whereby beneficiaries could use any bank in their locality.

“We have made an adjustment in the last few months. We are not attaching a particular bank to a local government again. So, no matter what it is, we will achieve 98 per cent success on the programme,” he said.

The Director-General of NDE, Abubakar Fikpo, said the N52billion appropriated for the scheme was domiciled in the Central Bank of Nigeria (CBN) that sends money to the beneficiaries through the selected commercial banks.

The NDE, he said, compiled the details of the beneficiaries, including their bank accounts, and forward to the Office of the Accountant-General of the Federation, which then instructs the CBN to disburse funds for payment.

“It is the Accountant General that instructs CBN and then they effect the payment which was why sometimes we experience failed payments,” Fikpo said.

“We only intervene in the process when payment fails. We then communicate with the beneficiaries to sort out the issue with their banks,” he added.