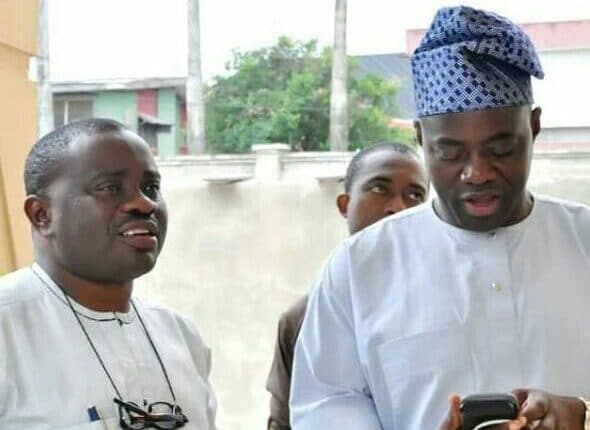 The Chief Press Secretary to the governor of Oyo State, Mr Taiwo Adisa, has said that the state government would not change its decision to install security cameras in the correctional facilities across the state.

Adisa, who spoke while featuring as a guest on Agidigbo 88.7FM, on a program titled: Oyo Update, said that the state government won’t jettison its plan due to what the Minister of Interior, Rauf Aregbesola, said concerning the state government not having the power to install security cameras in the state’s correctional facilities.

Following the attack on the Abolongo Correctional Facility, the governor of Oyo State had ordered that security cameras be installed in the correctional facilities across the state during his visit to the center.

Rauf Aregbesola had, however, asked Seyi Makinde to drop the idea of installing security cameras in the correctional facilities across Oyo State.

While speaking on the Ibadan-based radio station, Makinde’s spokesman said that the state government already has a plan to install security cameras across the state to improve security before the Abolongo center was attacked by gunmen.

He clarified that “the government did not say it will install the CCTV cameras inside the prison but the government is going to cover that environment with security cameras.”

He added that it will enable the state security apparatus to be alerted and be deployed whenever there is a likelihood of an attack.

He said: ‘’What we can do is to make sure that as much as possible, the situation within our four walls are contained and that is the essence of why we have to put in place security cameras. The idea is to cover the entire length of Oyo State.

‘’There was an idea like that before this government came onboard; it was not taken to any level. It was just lying down. But we have now taken it off from the ground.
‘’The government did not say it will install the CCTV cameras inside the prison, he said we going to cover that environment. He said whenever there is a likelihood of an attack, state apparatus would be alerted and then security operative will be deployed,’’ Adisa added.