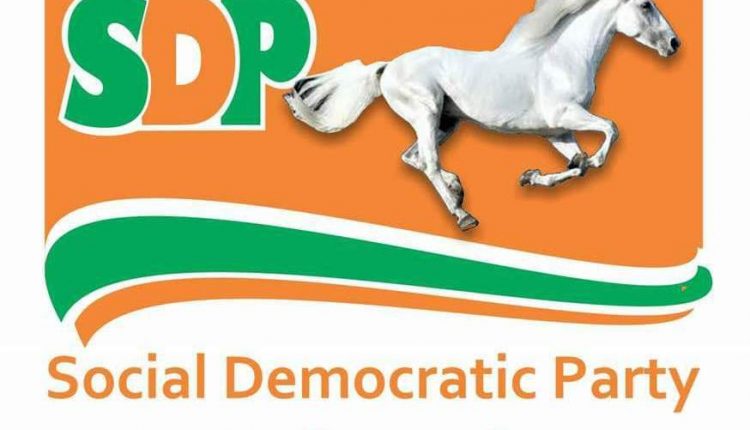 The Social Democratic Party, SDP, in Oyo state has clarified why discussions with Chief Bayo Adelabu and his team of co-aspirants couldn’t work out for the 2023 general elections.

This was made known in a press statement by the state Publicity Secretary, Rotimi Ojasope, on Tuesday.

He said the request the Adelabu and others brought to the negotiation table isn’t acceptable.

He added that the idea of weeping off all the positions is a compromise that suggests desperation.

The statement reads: “We were not surprised at the announcement of their arrival at Accord Party because we were aware of the negotiations by their advance team in Abuja. SDP in Oyo State is not a mushroom party and as much as we love to welcome others in our fold, we would never jettison our core value of give and take in negotiating.

“The attitude of coming to the table with the premeditation of weeping off all the positions is not acceptable to us and it’s a compromise that suggests desperation.

“We conceded Governorship, two senatorial seats, many House of Representatives and some State House of Assembly seats but their insistent on having the 3 senatorial seats suggests they don’t have good intentions for our leaders and their followers too.

“We consider it very unfair for men to propose to withdraw ticket from the only woman in the senatorial race and give it to another man just because she’s a woman or any other baseless sentiment. The woman in question happens to be the leader of our party, Rt Hon Mulikat Akande Adeola, the former majority leader of the House of Representatives.

“We wish them the best in their new abode but it is pertinent to let the public know what transpired, particularly because we still had about 3 different meetings, till Tuesday 14th June, three weeks after news published “Adelabu abandoned SDP for Accord”. Social Democratic Party in Oyo State is here to stay and we would stick to our core values of social welfare, good governance, equity and fairness in all we do. “