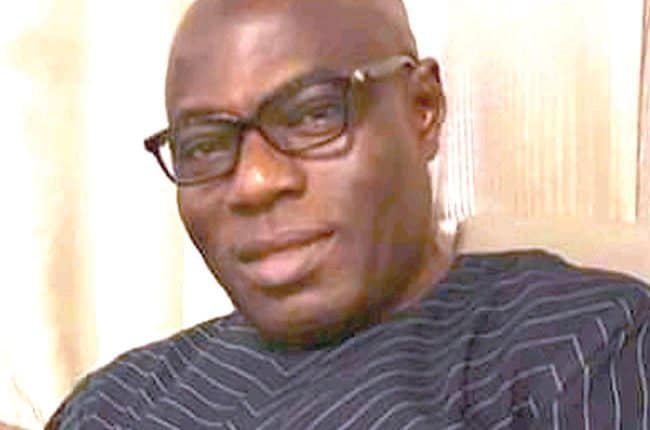 A chieftain of the Peoples Democratic Party (PDP) in Oyo State, Alhaji Adebisi Olopoeyan, in this interview with NURUDEEN ALIMI, states reasons former governors in the state can be adjudged political professionals and why he did not attend the national convention of the party held in Abuja, among other issues.

A member of your party, Chief Wale Oladoja, recently said aggrieved members should learn professional politics from Governor Seyi Makinde. As a prominent member of the aggrieved camp, what do you have to say?

He contested for governorship under the Social Democratic Party (SDP) in 2015, he lost. It was in 2019 when some political parties joined forces with the PDP that he was able to win the governorship election. If it had been that it was only the PDP that won the election, we may probably agree that truly, he is a professional that he is being called. It is only Wale Oladoja, who can call him a professional.

The governor cannot call himself a professional. If you are to be referred to as a professional, when the time of election comes, you will ensure that your party wins all the three senatorial seats and all the House of Representatives seats. Before Senator Rashidi Ladoja became governor, he had been a senator. Even when Ladoja moved to Accord, in less than three months, he was able to produce four members of the House of Representatives and six members of the state House of Assembly. The late Lam Adesina was a former House of representatives’ member before he became governor. The immediate past governor of Oyo State, the late Senator Abiola Ajimobi was a senator before he became governor; he contested for the second time and won. When Ajimobi was in the All Nigeria Peoples Party (ANPP), though he did not win at that time, the party produced 15 State House of Assembly members, including Ibadan North East, where Governor Makinde hails from.

Former governor Adebayo Alao-Akala, was a local government chairman; he was a deputy governor, contested election and won. When he contested for a second term in office in 2011, though he did not win, the PDP had 12 State House of Assembly seats, four House of Representative seats and a senatorial seat.

These are political professionals. So, when we talk about political professionalism, this is what we expect. Will Makinde refer to himself as a professional because Taofeek Arapaja emerged as the deputy national chairman (South) of our party? No. Or is it because he won election as South-West chairman of our party with meagre 13 votes? Or is it because of the one held in Abuja, which they used a unity list? Did Arapaja campaign anywhere? Even the national chairman, Iyorchia Ayu, did not garner any vote; he was unanimously picked. I want to state categorically that the so-called professionals in the PDP are under the Governor of Rivers State, Nyesom Wike. I challenge them to come out and prove me wrong. If Wike had not supported Arapaja, he wouldn’t have emerged as the deputy national chairman (South) of the party.

Let me also make it clear that it was Honourable Mulikat Akande who took Makinde to Governor Wike in 2019, and it is also a known fact that I personally took Makinde to Honourable Mulikat Akande. I also challenge the governor to reply me if this is not a statement of fact. So, Wale Oladoja is not in the best position to refer to Makinde as a professional, because we have not met him at any campaign ground.

For the first time, you did not attend the national convention of the PDP, why were you absent?

First, let me congratulate the new national chairman of our great party, Senator Iyorchia Ayu and other members of the executives on their emergence, but that congratulations will not be 100 per cent until they have succeeded. What I mean by that is I cannot fully congratulate them until the needful is done. I discovered that the rancour within our party in Oyo State is centred around me because anytime we are doing anything concerning our party, I noticed that some people are always after my life. What that tells me is that I am a very important figure in the party and those people know my worth, but they do not know how to go about doing the right thing. What happened in Osogbo during the zonal election of PDP repeated itself in Abuja. I monitored everything from Ibadan. What I am trying to avoid is that the present administration is going to come to an end and everybody would remain the same. I could not go to the convention because it is very dangerous to my life. I am a delegate; I decided not to go because I needed to protect my life.