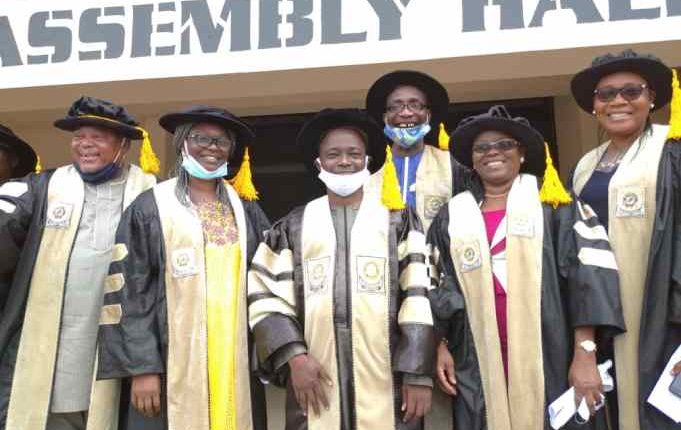 The Rector, The Polytechnic, Ibadan, Professor Kazeem. A. Adebiyi has urged the matriculants of the institution to adhere by the rules and regulations by the school authority ensure that the institution’s hard-earned name and image is not tarnished by any misconducts.

The Rector made this charge at the virtual matriculation of 3,070 students who were newly admitted for the 2019/2020 academic session held on Friday, 23rd October, 2020 on which the Zoom platform.

Prof. Adebiyi further stressed that failure to adhere to the lay down code of conduct of the school would attract appropriate sanction. He added that the nature of the punishment depends on the gravity of the offence committed, and that each student is expected to have a copy of The Students Hand for proper enlightment.

“The Polytechnic, Ibadan cherishes its hard-earned name and image. Students are expected to respect the rules and regulations of the institution as breaching of these would attract appropriate sanctions.

At the Higher National Diploma level, five thousand, five hundred and seventeen (5,517) applicants were considered out of which only two thousand, nine hundred and twenty (2,920) were admitted into the various programmes run by the institution.

The Rector also commended The Oyo State Governor, Engr. Oluseyi Makinde for promoting excellence in the institution through his unflinching support for all the activities of the foremost institution.

He disclosed that The Governor has always been concerned about the welfare of the Staff and the Students and has not hesitated in granting huge financial support for the accreditation of the programmes run by the institution.