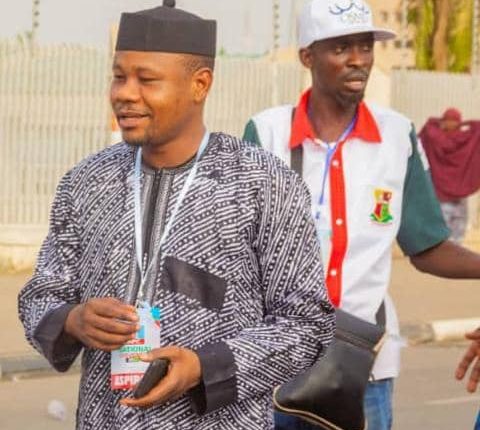 A former Deputy National Youth Leader of the All Progressives Congress and a Candidate for the position of the Deputy National Chairman (South-West) in the just concluded national Convention of the party, Afeez Bolaji Repete has alleged that the crisis rocking the APC in Oyo State is being fuelled by a Kogi politician.

Speaking on BOTTOM LINE – a political programme on IBR 92.5fm Ibadan at the weekend, the former Special Adviser to late former Governor Abiola Ajimobi on Youths and Student Matters alleged that it was for this reason that the membership of the party’s Congresses held in 2021 was dominated by politicians from Kogi State.

According to him “that is why genuine reconciliation has been difficult. You can only talk of reconciliation when you make an inadvertent mistake and error but in a situation where it is a premeditated fraud, wicked manipulation of human beings, there can be true reconciliation.

“The people I am talking about, I will mention names though I don’t like discussing personalities but for clarity sake, let me give you an instance. There is this particular guy who happened to be the Personal Assistant to the Chairman of the former Caretaker Chairman Mala Buni, his name is Yakubu Muritala from Kogi State. The problems we are having in Oyo APC, this guy is behind it. It will interest you to know that most of the people who supervised the congress in Oyo State are from Kogi State. The people that came for the ward, local and state Congresses are from Kogi State. So, believe me sincerely, I don’t really know his intention in Oyo State politics but he is one of the major crisis (problems) we have in Oyo APC.”

He also alleged that there is a calculated attempt to shut out south west from the scheme of things in the APC.

“Now, I want our people to get it right. National politics is different from local politics. I think there is a calculated attempt to deprive the Yorubas of their rights in the APC. I will give you another instance.
Before the Convention, there was a Committee set-up to amend the party’s constitution. Normally, they are supposed to put it out 21 days before the Convention so that everyone can see it but that did not happen. At the Convention, the amendment was approved but because of the nature of the convention, no one could ask any question.

“All other Deputy positions zoned to the South generally were not included in the National Working Committee. Its only the ones zoned to them where they have their people so that can sustain the fraud they perpetrated.

“The man I am talking about is now the Deputy National Publicity Secretary of the party. Because of this man, they illegally moved them into the NSC. The position was zoned to his State- Kogi and he was ratified.
I am expecting a lot from this new NWC but with this fraudulent amendment, I have lost hope.

“On how the crisis rocking Oyo APC can be resolved, he suggested that the gladiators should harmonize.

37 Years After, Makinde Presents Award of Honour to Driver Who Returned N5 Million Found in Ibadan