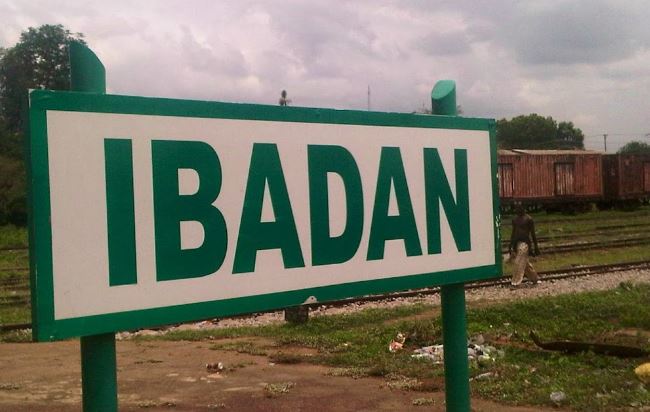 A suspected armed Robber has met his untimely death were they were robbing last night in Ibadan.

An eye witness account who narrates the story, explain how it all went in a tartard message he made available on his social media handle…

It happened that one guy around here drove his Benz down from his place, shouting that guys in the street should come out that robbers were in the neighborhood.

Few people came out and followed him while he drove off in his Benz, they were almost there when the robbers started shooting, so they ja pa.

Meanwhile, they have robbed the guy and his friend off their gold and phone, the robbers were about to shoot the guy when he drove off with reverse and hit this one that died. The robbers then left on their bike only to hijack one Micra which they wanted to use to pick their fallen hero, but unfortunately the Micra refused to start when they got to where the guy was laying lifeless.

So more guys came out and started pursuing the remaining two robbers, they escaped through a close and shot one aboki gateman in his chest while escaping. Police came and calmed the situation, till now the police still looking for vehicle to transport the dead robber to the mortuary.

The stolen gold were found in the robbers pocket, with his own and juju. Make I no forget to add say apart from being hit with the car, he was mistakenly shot by his gang member who wanted to shoot their victim…….