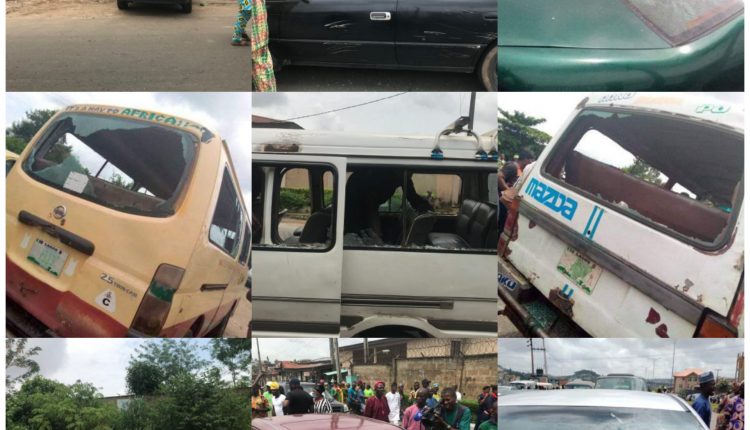 For the second time within 24 hours, gunmen have attacked Jogor Centre, venue of the ongoing State Congress of a faction of the Oyo chapter of the People’s Democratic Party (PDP).

No fewer than five people were injured while about 50 vehicles parked outside the venue were damaged.

The hoodlums, vho stormed the venue from the back gate, were heard shooting sporadically into the air and hacking anyone seen insight.

One of the cars damaged belongs to Murhi International Television (MİTV), which was used to convey reporters to the scene

The hoodlums were also seen brandishing cutlass, axes, guns and other dangerous weapons.

A yet-to-be-identified delegate sustained matchet wounds as he was struck on the head.