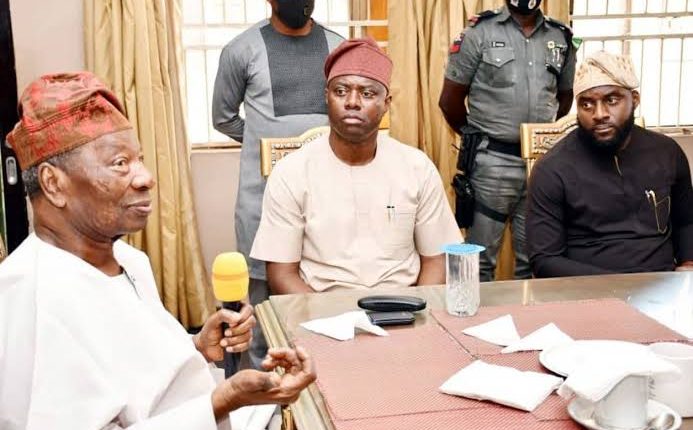 The Soun of Ogbomoso, Oba Oladuni Oyewumi Ajagungbade III has written another letter to the Governor of Oyo State, Engr. Seyi Makinde, to use the remaining 90 million naira meant for the renovation of his Palace for the purpose of empowering the youth in his town.

akedeoyo.com recalls that Makinde during his visit to the Palace of Ogbomoso shortly after set of hoodlums launched an attack and vandalised the ancient Palace, pledge to give the Monarch a sum of 100 million naira for the renovation and expansion of the Palace.

According to the letter made available to the newsmen on Saturday, the Monarch, urged the Governor to use the remaining balance for the purpose of empowerment for the Youths in his town.

Earlier, in a letter Soun had earlier rejected the money adding that it should be used for empowerment. However, Chief Press Secretary to Governor Seyi Makinde denied it saying he spoke with the Monarch.

My intention was to Distribute the looted empowerment Materials Next Month—Sen. Folarin