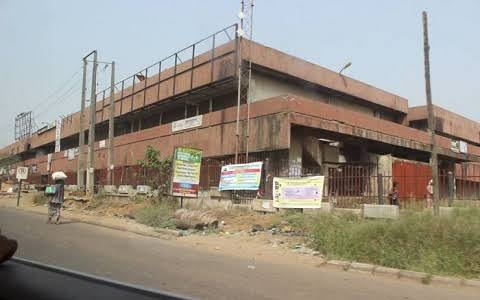 Agbowo Shopping Complex: 38 Years Old Structure Leased For 50 Years, Yet To Be Renovated After 2 Years

On Wednesday, 23rd 2020, in Ibadan, the Oyo State capital, the state governor Seyi Makinde, leased the multi-million naira popular Agbowo Shopping complex, Ibadan to Whitestone Global Limited for 50 years, and explained that the renovation would be completed before May 2023.

The Agbowo Shopping Complex was the brainchild of the then military governor of the Western Region of Nigeria, General David Jemibewon, and constructed on over 30-plots of land in 1983 by the Bola Ige administration of the old Oyo State, It was commissioned in 1984 by the Military Head of State – General Muhammadu Buhari.

At a time, this mall was the biggest shopping mall in Oyo State which not only generated income for the government but also provided thousands of direct jobs for the citizenry. The multi-story building strategically located opposite the premier University of Ibadan offered facilities including 84 shopping units, a 10-story building and banking halls, three departmental stores, a cafeteria, a nightclub, 540-seaters cinema theatre, and 15 groceries shops.

Giving reasons he gave it up for renovation on leased for 50 years, governor Makinde said the Agbowo Shopping complex had been neglected by successive governments to the extent that by 2012, the facility had become moribund.

He added that the last administration signed an MOU with a development company, saying late Ajimobi was to embark on the “remodeling, redeveloping, and rehabilitation of Agbowo Shopping Complex” for N8billion, to be completed in 30 months, however, the project never saw the light of day.

He boasted that what the Ajimobi’s Administration could not do in eight years; his own would surely do it in under two years.

While speaking at the flag-off of the renovation, reconstruction, and remodeling of the structure, governor Makinde said his administration will be working with Messrs Whitestone Global Ltd, and added that the collaboration will be in the form of a long lease concession ( 50 years ) with a capital injection of N4.9Billion, as the mandate is to convert this moribund structure into premium commercial real estate and a 4-star hotel under 24 months.

However, 23 months down the lane, all promises by governor Makinde failed.

-How The Flagged Off Project Got Abandoned-

The Chief Executive Officer of Whitestone Global Investment Limited, Arc. Woleola Adebowale Oluwole, during an interview granted around March last year on Ibadan-based radio station, Fresh 105.9FM said, his company was bullied out of the site as a result of his decision to terminate the structure’s external works given to a local contractor.

Arc. Woleola said, an end to the project started when some people in government recommended to him to do the external work ( stripping of the structure ) were serial fraudsters.

He claimed that he decided to kick them out of the project when he noticed that, they have been selling the assets of the structure, an allegation which was also confirmed by the police.

Eventually, we had to take them to court so that we could have an injunction stopping them from operating on that site any longer because they were also collecting rent fraudulently from people”.

Speaking further, he said Whitestone Global Investment Limited began to lose its feet about the project when the real people in government who have been backing up the illegal activities at the Agbowo Shopping complex site revealed their true identity.

” Shortly after the court proceedings, I was summoned to a particular office in Oyo State after I have terminated the agreement of the contractor, and I met the contractor there. I met the officer there and somebody that was introduced to me as Otunba Seye Famojuro. I have never met him before and I was told there to go and mediate with the contractor, somebody that does not have money. To cut the long story short I refused and said I can’t work with him because it is our reputation that is at stake. I said to all of you people that are telling us to go and work with him, that at the end of the day when things get wrong, it is our name that will be at the forefront.

” Eventually, we had several meetings and Otunba Seye Famojuro insisted that we should work with them and we said we are not working with them. So, a day after the court hearing where we are expecting the court to tell them that they should cease and give them an injunction, the Oyo State Investment and Public Private Partnership Agency who awarded the project to us revoked it. Even though we had a meeting with Oyo state governor, Seyi Makinde, and what he told us was that those guys ( local contractors) have spent some money and that he doesn’t want any type of court case. That we should mediate with them, pay them off, and continue handling our project the way we deem fit. We tried to contact OYSIPA and the Director-General to broker a meeting between us since they know them.”

The Agbowo Shopping Complex, which was a place to be for consumers, though begging for attention, was still providing 2,000 direct jobs for people made up of retirees, graduates, and traders at the time of giving it out for renovation.

They had their means of livelihood solely depending on the complex. An occupant claimed that, as decayed as the complex is, it is capable of generating over N100 million for the government, if little rehabilitation is done and properly managed as well as the open space around is well-utilized.

However, the questions in the minds of many residents of Oyo state, as of what becomes the result of the contract and when the renovations would commence is seriously begging for answers.

Full List Of Media Houses With Licenses Revoked By NBC