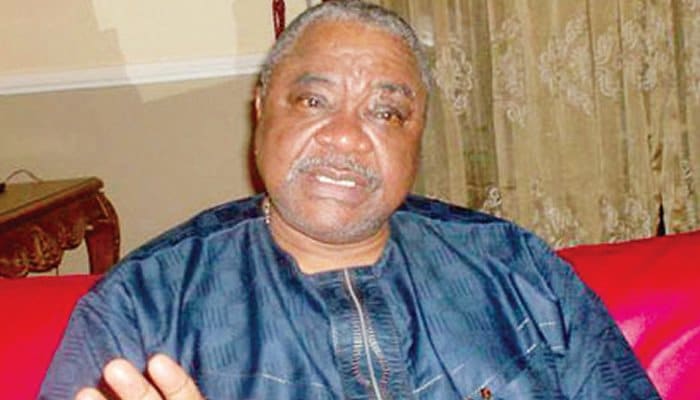 Former Governor Adebayo Alao Akala has denied the allegation that he shut out zonal leaders from meeting in his house describing it as untrue and mischievous.

Akala who spoke with the Nigerian Tribune on Wednesday said he didn’t call for any meeting adding that no one can hold meeting in his house without his permission.

“There was no meeting slated for my house. There was to be a meeting in my house, but I put it off. I asked Baba Oke to put it off. He mischievously did not cancel the meeting.

It was earlier gathered that a meeting was slated for the Ibadan residence of Alao-Akala, but the zonal leaders and Chief Oke accused Alao-Akala of denying them access to his residence.

Speaking exclusively to Nigerian Tribune, Chief Oke said, “When the zonal leaders got to Alao-Akala’s residence, he shut his door against them.

“He told us we would not be able to see him until after 5pm. These are elderly people. So, we left his residence and gathered at the party’s office in Oke Ado and held our meeting there. “I reported the matter to the national secretary and he said Alao-Akala had complained to him that he was not at the meeting we held yesterday at the party’s office.

“The national secretary joined Alao-Akala and I on a conference call. He said we should meet again and that the national body would extend the deadline for the submission of the list. We both agreed to meet on Friday. That is what truly transpired.

“When I read a story of me going to Abuja today and having the list rejected, I shook my head at the level of fake news being peddled around. As I am talking to you, I am in my sitting room. I have not even left Ibadan. Where did the person who published the thing get the story from?” Oke said

Meanwhile, party faithful who were hitherto hopeful that the issue of consensus list would be resolved this week will consequently have to tarry a little longer.

This is sequel to the extension of deadline for the submission of the consensus list by the national secretary, Senator John Akpanudoedehe, during a telephone meeting with former governor Adebayo Alao-Akala and the state chairman of the party, Chief Akin Oke, on Wednesday.

Alao-Akala, who confirmed there was a conference call involving him, the national secretary and Chief Oke, said “We have agreed to hold a meeting on Friday in my house.”

On the extension of deadline, he said, “There was no deadline before now, don’t mind them.

On Friday, the appeal panel members from Abuja are coming to supervise what we are going to be doing in that meeting.

“The panel is coming to resolve whatever issues that might have come up in respect of the state congress held on Saturday, October 30. That is the correct information and you are getting it from me free of charge.

“He has to consult me before organising any meeting for my house. He can’t send out invitation for a meeting in my house without my consent. I don’t know why people are trying to be mischievous,” the former governor said.

We Are Not Recruiting Yet – Oyo SUBEB Debunks Recruitment Rumours