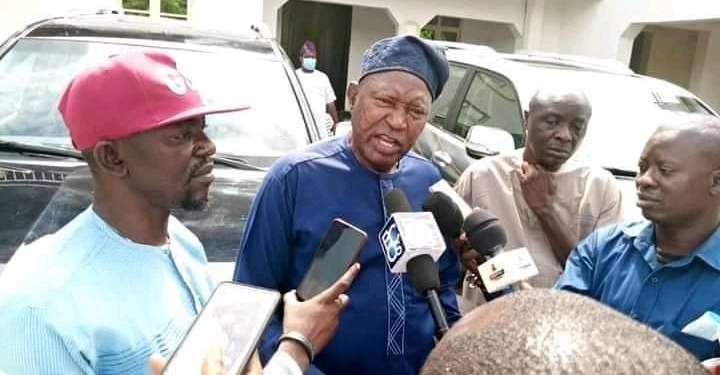 The success of the People’s Democratic Party at the 2023 polls have been predicted to be hinging on the efforts of the party hierarchy to achieve massive membership registration.

This was disclosed by the former Chairman of the party in Oyo State who is the Special Adviser to Governor Seyi Makinde on Inter-Party Affairs, Alhaji Kunmi Mustapha on Monday, in a press release made available to newsmen in Ibadan.

Mustapha, who congratulated the newly-inaugurated National Working Committee of PDP, under the leadership of Dr. Iyorchia Ayu, charged the committee to maintain the speed of work in its mobilization effort without leaving any stone unturned.

He maintained that the main opposition party has regained the confidence of Nigerians and is poised to wrestle power from the All Progressive Congress (APC), which he said has shown from all indications that it is incapable of leading Nigeria to the promised land.

Kunmi stressed further that APC has failed Nigerians in critical sectors that it promised to work on during the 2015 campaigns, especially in the areas of economic growth, internal security and provision of employment opportunities for the teeming youths.

He called on Nigerians to reject the subtle attempt by the ruling party to perpetuate itself in power beyond 2023, saying only those that hate the country would allow APC to stay one more day beyond May 29th 2023.

“Only those who do not wish Nigeria well will still be fronting for APC at this critical time in the history of Nigeria, the economy is down, Nigeria has become the butt of ridicule amongst her peers in the world, insecurity news is now erratic, we cannot continue this way.

“This is the time we all have to support the National Working Committee of PDP that has been saddled with the assignment to rescue Nigeria so they can achieve success.

“The committee has started working on strategic areas of mobilizing Nigerians towards rescuing the nation from the hands of the leadership of APC, in the areas of continuous voters registration exercise and the PDP’s e-registration project, this are parts of what will account for the people’s victory against their tormentors that are in power today.

“I am using this medium to congratulate the committee, led by the National Chairman of PDP, Senator (Dr) Iyorchia Ayu, the deputy National Chairman South, Ambassador Taofeek Arapaja, Board of Trustee members, PDP Governors Forum and party stakeholders and wish them all a remarkable tenure in office.”

While commenting on Chief Bisi Akande’s autobiography titled ‘My Participations’, Alhaji Kunmi Mustapha said based on the extracts from the book that are already subjects of discussion it the country, it is safe to say the book was a weapon of blackmail against opposition figures in the country in order to soften ground for a Tinubu Presidential campaign in 2023.

He said for Chief Akande to have written a book detailing his political participation at his old age without hammering on the fault lines in his own party and that of his fellow leaders of APC, it indicated that the book was published to serve narrow interest, rather than to contribute to political history and academic excellence in Nigeria.

“It is not just funny but frightening that such a old man will publish a book at his twilight and exclude the negative contributions of his own political associates and party to the present state of Nigeria, people say it is when one gets old that he is always telling the truth, such is not about Baba Akande.

“Nigerians have seen that the book is an instrument of campaign of calumny against opposing leaders and political leaders that are against the interest of the author’s benefactor, who is Senator Bola Tinubu, it is an attempt to sweep the floor for Tinubu to sit or roll on, it is just a pity that an old man was used to do such job,” Akande said.