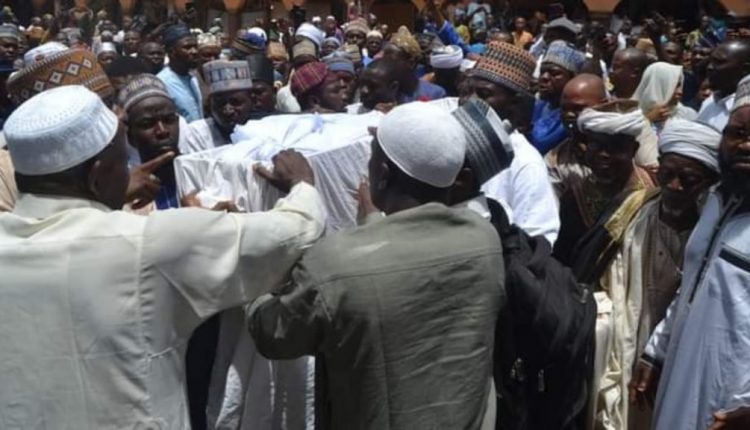 Our correspondent learnt that the monarch would be buried at Bara.

Recall that had in the early hours of Saturday reported that the monarch had joined his ancestors.

Our correspondent gathered that Oba Adeyemi who ascended the throne 52 years ago died late Friday.

The monarch passed away at Afe Babalola University Teaching Hospital in Ado Ekiti. The traditional ruler died at the age of 83.

Our correspondent however gathered that the monarch would be buried around 9:pm today.

Our correspondent, who is currently monitoring the movements at the palace reports that both Christian and Islam clerics, have offered prayers for the soul of the traditional ruler.

The Islamic clerics were led by the Chief Imam of Oyo. The Janazah prayer was performed inside the palace around 1pm on Saturday.

A palace source, who is a prince and a member of Adeyemi family, explained that the monarch has not been buried even though Christian and Islamic clerics have offered their prayers.

He said that the monarch would be buried after traditionalists concluded their rites on the body of the traditional ruler.

He added that the monarch would be buried at night around 9:pm at Bara, though it may take some hours.

He said that all rites would be concluded at midnight.

The source told Akéde Ọ̀yọ́ that previous monarchs in Oyo have been buried at Bara.

The source who spoke with Akéde Ọ̀yọ́ Saturday afternoon said, “The traditionalists will do the final rites. The Christians and Muslims have offered their prayers.

“He has instructed that when he passes away, they should allow the Christians and Muslims to do their own thing before the traditionalists do the final rites.

“He has not been buried. They cannot just bury him like that. He is not an ordinary king. He will be buried in the night around 9:pm. It may take longer.

“He cannot be buried at the palace. He will be buried at Bara in the night or midnight. But, nobody will follow them”.

How Alaafin of Oyo Passed Away, Predicted Source Of Death