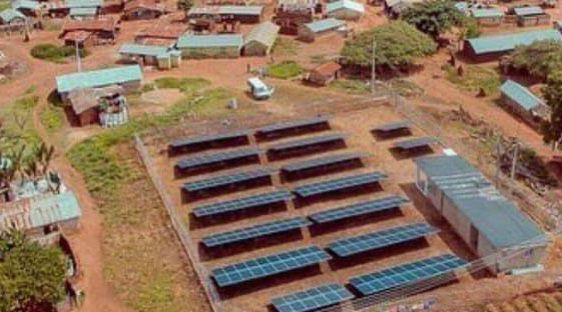 Governor ‘Seyi Makinde of Oyo state is set to perform the groundbreaking of the Oyo State Government Independent Power Project (IPP), to increase electricity supply to businesses and households in the state.

The groundbreaking ceremony will take place on Saturday, 11th December at the State Secretariat, Agodi, Ibadan.

Recall that the State Executive council, chaired by Governor ‘Seyi Makinde had in September 2020, approved a sum of N234 Million consortia, towards developing a state government independent power project.

Speaking on the project, the Commissioner for Information, Dr. Wasiu Olatubosun said the Independent Power Project is aimed at augmenting whatever supply the state gets from the national grid.

He said, “We are working on an Independent Power Project to augment whatever supply we get from the national grid. Businesses will benefit from this and it will make doing business in the state more attractive to investors.”

Royal fathers expected at the event include the Olubadan of Ibadan Land, Alaafin of Oyo, Soun of Ogbomoso, Aseyin of Iseyin, Okere of Saki, Olu of Igbo Ora and the Ounpetu of Ijeru.

Other dignitaries expected at the event are the Deputy Governor of Oyo State, Engineer Rauf Olaniyan, the Honourable Speaker, Oyo State House of Assembly, Rt Hon Adebo Ogundoyin, the Chairman & Members House Committee on Energy and many others.