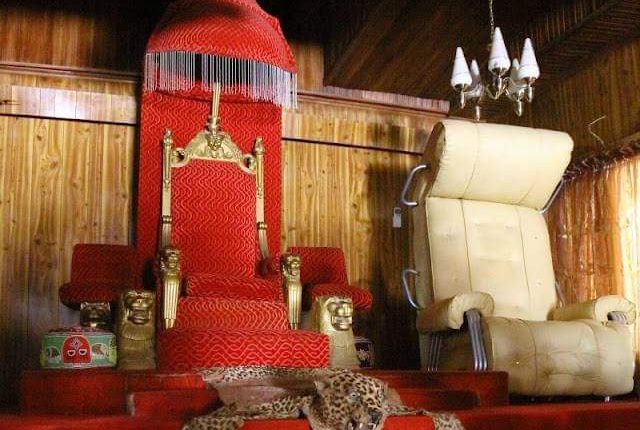 The kingmakers in Oyo kingdom, known as the Oyomesi, will have to cross few hurdles in the process of appointing the next Alaafin of Oyo. Oyo State Government will also face the same hurdles, the Nation Newspaper reports.

III, joined his ancestors on April 23, after a glamorous 51-year reign.

Though the Oyomesi – made up of seven members – are saddled with the responsibility of appointing a new Alaafin, records show that the reviewed 1961 Alaafin Chieftaincy Declaration, which was used to appoint the last Alaafin, Oba Adeyemi III, has since been declared defective by the government for not accommodating other royal families in the town.

The declaration, which was produced during the reign of Alaafin Bello Gbadegesin,Ladigbolu II, listed only two ruling houses – Alowolodu and Agunloye – as the recognised families to produce the Alaafin. Oba Adeyemi III was of the Alowolodu family.

other royal families forced the state government to set up a commission of inquiry on the issue in 1975.

The commission, after its work, recommended that the ruling house should be only one, Atiba Ruling House, since Alaafin Abiodun Atiba, who was the first Alaafin, gave birth to the two royal families and others agitating for recognition and right to the throne. Only Alowolodu and Agunloye produced the previous Alaafins.

state executive council in 1976 but with a directive to Atiba Local Government to carry out the amendment of the Alaafin of Oyo Chieftaincy Declaration “to provide for only one ruling house, the Atiba Ruling House, including all the descendants of Atiba.” The decision was gazetted by the state government in 2001.

The Alaafin affairs are currently under Atiba Local Government. The monarch is the head of the Atiba Traditional Council.

Yet, the review has not been undertaken since then despite the white paper which declared the 1961 declaration defective, positing that “it did not reflect the true customary law governing appointment to the Alaafin Chieftaincy.” Oba Adeyemi III was the reigning Alaafin at the time.

Frustrated by the failure of the local government to amend the declaration, one of the agitated royal families, the Olanite, dragged the trio of the governor, Attorney General (AG) and Commissioner for Justice and the Alaafin of Oyo (on behalf of the Atiba Traditional Council) to court in 2020, seeking among others, an order compelling the amendment to be undertaken.

Next hearing in the suit, which is being heard by an Oyo State High Court, Oyo, is slated for today (May 19).

determine “whether in view of the fact that the Oyo State Executive Council in its
Executive Council Conclusion dated 8th September, 1976, had found the
current Alaafin of Oyo Chieftaincy Declaration defective the same can still be said to be valid and subsisting.

“Whether in equity, the Alaafin of Oyo Chieftaincy Declaration having being declared defective since 1976 and following the 3rd Defendant’s disobedience of the directive of the Oyo State Executive Council to
amend the Alaafin of Oyo chieftaincy declaration to provide for Alaafin Atiba Ruling House to include all the descendant of Atiba, the same should not be deemed to have been amended in the sight of equity.”

Upon the determination of the said questions in favour of the claimants, the family is praying the court for three orders.
First is an order compelling the AG and the governor to amend, approve and register the Alaafin of Oyo Chieftaincy Declaration in line with the directive of the Oyo State Executive Council contained in its Executive Council
Conclusion of September 8, 1976.

It is also seeking an order to the effect that the next appointment to the Alafin of Oyo Chieftaincy stool shall be made from Atiba Ruling House in line with the directive of the
Oyo State Executive Council.

Other royal families in the battle for right to the throne are Tella Okitipapa, Adesiyan, Tella Agbojulogun, Adelabu, Adesokan Baba Idode, Iteade Abidekun, Adediran Baba Ese Apata and Adeitan. Another family, the Olawoyin, has also signified interest in joining the battle.

It is not yet clear what position the state government will take on the appointment of a new Alaafin.

During his condolence visit to the palace, Governor Seyi Makinde had advised the Oyomesi to ensure that it does not waste time in starting and completing the process, assuring that he would approve whoever is selected by the kingmakers.

As it was during the Olubadan succession crisis, it is not clear if the governor would urge the families to settle out of court or direct the Atiba Local Government to give effect to the 1976 state executive council decision on the issue.

A source close to the Oyomesi, however, disclosed that the head of the kingmakers, Basorun of Oyo, High Chief Yusuf Ayoola, was not unsettled by the situation surrounding the issue.