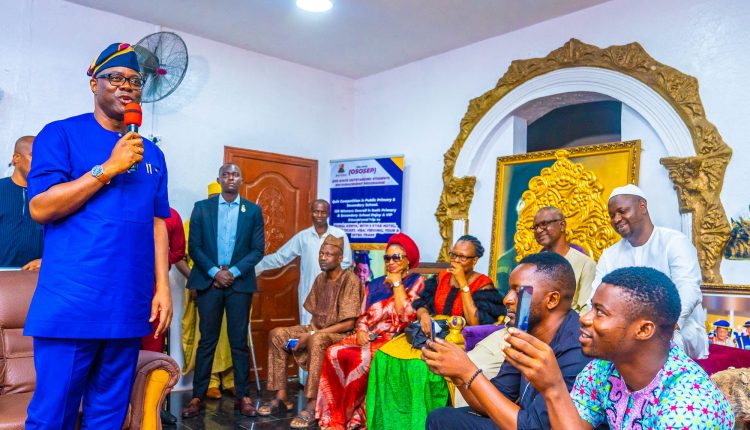 Oyo State Governor, Engr. Seyi Makinde has replied his critics that he is not responsible for the deaths of monarchs in the state.

He also vowed that the State will not spare anything to give the late Alaafin of Oyo, Oba Lamidi Adeyemi a befitting burial.

He appealed to the Oyo Mesi, the Council of Chiefs and all those that will be involved in the selection of another Alaafin, not to delay in the process.

He said this was necessary so that some wishes of the late Alaafin, which he was privy to can be fulfilled.

The governor while reacting to social media rumor in a comical manner, he said he was not the one responsible for the deaths of foremost monarchs in the State.

Oba Adeyemi was latest of the First Class monarchs who have joined their ancestors in the last five month in Oyo State.

However, Makinde said all monarchs who joined their ancestors in the State were ripe in age and have made impact on the people.