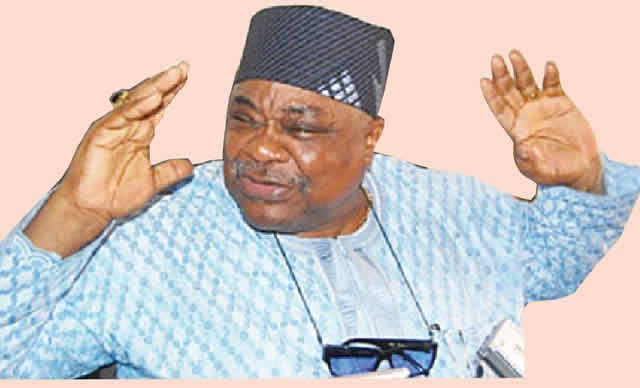 Alao Akala: The Death of a Populist “Capo di tutti”

On the sad day, when our beloved “tiger” went quietus, I was at Ikeja, Lagos, engrossed with work when my wife called me to break the sad news of Otunba Adebayo Alao-Akala’s exit. “Femi, Alao Akala is gone, just read the breaking news online” and shortly after that, I received a call from one of my friends in the media, whose aim was to confirm if truly Chief Adebayo Alao Akala had kicked the bucket. Still doubtful about the sad news, hurriedly, I rang one of my friends, Debo Thomas Olushola, an illustrious Ogbomoso son and an entrepreneur, who is currently building the first ever African smart Eco System called “Valor City” in Ogbomoso and a friend to Olamijuwonlo Alao -Akala, the deceased son. I was hoping, Debo would tell me it was another fake news but alas! Debo confirmed the sad news. “Femi, it’s true, Akala is gone”, he said.

For those of us who grew up in the ancient city of Ogbomoso, the name Akala was and still a household name. He was one of the few contemporary politicians, not only in Ogbomoso but Oyo State at large, who was unapologetically altruistic and arguably the only veteran politician from Oyo State, who rose from grassroot politics to national prominence. Akala remained till death, a lover of his people and political patron in Oyo State irrespective of political ideological camps. To say that the late ex-governor loved Ogbomoso and did everything in his influence to seek the progress and development of the ancient town, is to say the obvious. It’s to Akala’s account and political erudition that today, notable Ogbomoso indigenes have and some are still in various elective and appointive positions even across political parties. Examples abound, Hon. Mulikat Akande Adeola’s, a former Majority Leader of the Federal House of Representatives, foray into politics and election as Majority Leader in the House of Representatives was to the late governor’s credit. It is also on the political image and influence of Alao Akala, that a hitherto oblivion Hon. Segun Ogunwuyi rode from political obscurity to elective position as House of Representative member and today, he is the current Chief of Staff to Gov. Seyi Makinde of Oyo State. Former Speaker of Oyo State House of Assembly, Rt. Honourable Olagunju Ojo; is another typical reference to late Akala’s credence. There are many other former and current politicians, ordinary people, professionals, associates, family members, indigenes etc. who are beneficiaries of Otunba Akala’s large heart while alive.

One cannot over flog plethora of Alao Akala’s generosity, kindness, love and humility to his people. I remember a story I was told by my uncle of how the late governor, spotted his old retired school teacher in the crowd while on his way to Governor’s office at Agodi, Ibadan. The old man had come for verification of his pension’s documents and was standing helplessly in the sun while Akala was just passing by, on seeing the man, Akala shouted “my teacher, my teacher” and he instructed his aides to bring the old man to the Governor’s office. The rest they say is history. That day was the end of economic misfortune for the man and transition to a more prosperous life in retirement. Of course, his humility was second to none, with his cordial relationship with many people across boards, his neighbours, old friends, community, business partners, political associates, traditional institutions, religion associations just to mention but a few. And it must be said that in all of those fraternities he had with different people, he impacted them positively especially in terms of improving their economic conditions.

During Akala’s years in active politics and national political prominence, especially from 2003-2016 that he became the Deputy Governor and later acting Governor and Executive Governor of Oyo State, 2007-2011 and till he breathed his last, the Ogbomoso born politician remained the “Capo di tutti” of politics in the entire Ogbomoso land and one of the few maverick politicians who was too difficult to ignore in the politics of the state. The man was both a professional in politics and a professional politician with thick skin and more often than not, a highly misconcepted political enigma. In political permutations and calculations in the state, his influence was always a considered factor to sway votes in anyone’s favour. Infrequently, he might appear to be brutal in his political action but the outcomes were always to give what Jeremy Bethany described as utilitarianism, the theory that explains the greatest happiness of the greatest number of people. Alao Akala’s political heart was striking, if he was for you, he meant it and if he was not for you, he meant no harm and could still be your future ally. He forgave his political vilifiers effortlessly but would be astute to decrypt if they genuinely altered their ways.

Akala’s grassroot political mobilization acumen in Oyo State’s politics and his popularity in Ogbomoso political extraction; will for a long time, remain matter of partisan polemics. As I once wrote on his 70th birthday “Akala is of a truth an archetypal in grassroots politics in Oyo State and his dramatic entry into politics first at Ogbomoso North Local Government in 1998, became the Deputy Governor to his former boss, Chief Rasheed Adewolu Ladoja, in 2003 to 2007 and of course, his ascension as the executive Governor of Oyo State in 2007 – 2011 and his many failed attempts at various times; to stage a comeback as Pacesetter number 1, as well as his serial political philandering with various political parties, all these are reasons why he is politically inventive!” (http://femispremise.blogspot.com/2020/06/akala-now-that-you-are-70-what-next.html)..

Forever in the political history of Oyo State, Akala will be remembered for many laudable achievements of his administration as former Governor of the state, his combination of tactfulness, brutality, meekness, firmness, boldness, large heartedness, compassion, kindness and openness which at a period, his political adversaries twisted and used the media to denigrate his reputation. Akala’s love for Oyo State and her citizens is second to none, as a governor of the state, Oyo State’s developmental agenda was at the hub of his heart. This he did not hide and own no one any apology on his quest to make Ladoke Akintola University of Technology, Ogbomoso, a solely owned tertiary institution by Oyo State. He would forever be credited as the one who initiated the struggle. It was to Otunba Alao Akala’s credit that long after his struggle that LAUTECTH today is solely owned by Oyo State. On the issue of insecurity caused by the rival groups of the NURTW Oyo State Chapter during his tenure as a governor, Alao Akala did not put up a cowardly show, being a former police officer, he reeled out the state’ position and he boldly implemented laws that sent strong signals to those who were bent in making the state ungovernable for him.
Again, between 2007 and 2011 that Alao- Akala held sway as the executive governor of our dear state, there were tremendous infrastructural developments recorded across all the zones in Oyo State. He was perhaps the first and the only contemporary democratically elected governor who opened up the hinterlands in the state with construction of rural roads especially in the agrarian communities, for that he was popularly christened “oyato”. Another feat achieved by his administration was the aggressive urban renewal and  development across the state  for instance, building of new hospitals, upgrade of the existing ones and structural renovations, reconstruction and expansion of road networks in Ibadan, Oyo, Oke Ogun, Ogbomoso, Ibarapa etc., creation of investible environment for economic growth, agricultural revolutions across the state and attraction of foreign investments to Oyo State are just some of the few achievements of his government.
Indeed, Akala’s popularism lies in his political achievements, political tolerance, experience, humility, comportment, large heartedness, grassroot acumen that will make the people of Ogbomoso in particular and Oyo State in general, irrespective of their political leanings, religion, social status and other differences acknowledge him as one of the contemporary heroes of Oyo State’s politics.

Lesson for Olamijuwonlo Alao-Akala!
Chief Adebayo Christopher Alao- Akala might have transited to the world beyond, his life and popularity lives on but the bulk of the loads rest on Olamijuwonlo Alao -Akala’s head as the heir to the political throne. Baba Akala’s life and time, is a governance template and a big lesson for not only current politicians but for Olamijuwonlo.
To make Chief Adebayo Alao- Akala’s name forever shine, I will opine, for you Olamijuwonlo Alao-Akala, … be the man of the people like your father and watch and see his legacies live in our hearts. I pray God bless you with the sagacity and thick skin to tread your dad’s path.

Femi Ojo is a media communication strategist, public affairs analyst and an indigene of Ogbomoso