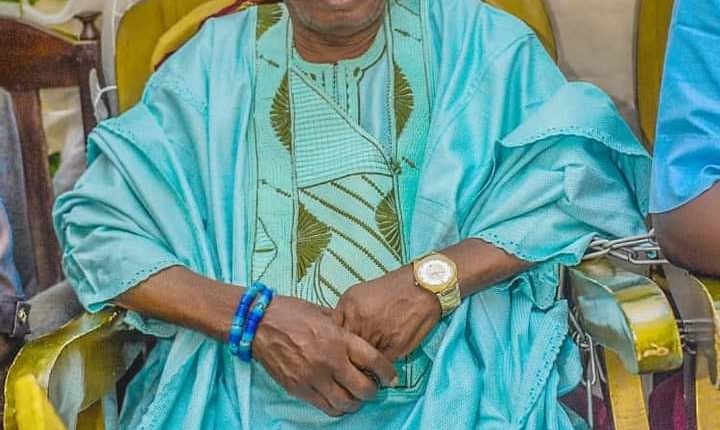 Dealth is inevitable, no wonder William Shakespeare in his book, Julius Caesar, states thus: “Cowards die many times before their deaths; the valiant never taste of death but once. Of all the wonders that I yet have heard, it seems to me most strange that men should fear, seeing that death, a necessary end, will come when it will come”. Samuel Butler also states, “….everyone is immortal, he may know well that he is going to die, but he can never know that he is dead.”

On Sunday, 18th September, 2022, Alapinni of Oyo, High Chief (Alhaji) Abdulrasheed Sheu was captured by the glacial hands of death after a brief undisclosed ailment. Some hours after the cock crowed, the doleful news hit the airwave. The question that matched to my brain after I read the news is: Why did death so pugnacious to take Alapinni when his paraphernalia of office is mostly needed? But nothing can be done to draw the hand of the clock backward than to succumb to the design of destiny and the unchangeable will of the Great Architect of the Universe.

The hierarchy of Alapinni can never be berated in the craft of the Oyomesi in Oyo town, Oyo state. He is one of the high chiefs saddled with the duty of selecting a new Alaafin when there is vacancy, in another words, when the monarch joins the cult of the pantheons. According to Samuel Johnson, in his book titled, History of Yorùbá. The Oyomesi includes Basorun, Agbakin, Samu, Alapini, Laguna, Akiniku, and Asipa. The veracity of this assertion can be confirmed in the book of Samuel Johnson, titled; The History of Yorùba.

The late Alaafin of Oyo, Oba Lamidi Adeyemi Olayiwola who transited some months back has created vacuum in the revered stool. Consequently, tons of princes from Agunloye ruling dynasty have been struggling arduously to mount the mantle. Who will emerge? Only God can provide the answer to the question.

May God give the bereaved family members the succor and fortitude to bear the irreplaceable and poignant eternal loss. Had it been there is no death, where are our forebears? I pray longevity of life, unbridled shrewdness and unfathomable knowledge be showered on the remaining Oyomesi to make them execute their primary function of selecting a candidate who fits the throne without any sort of prejudice.