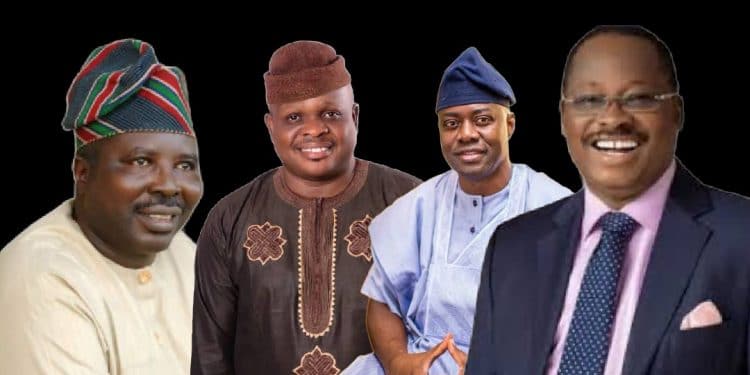 ALGON: “Gov. Ajimobi Told Me You Would Win At Supreme Court Against Makinde”- Olowofela

Remember the Supreme Court had on Friday delivered judgment on the case brought before it by the Association of Local Government of Nigeria (ALGON) of the previous administration under the leadership of Abass Aleshinloye and to seek redress on judgement of the Appeal Court which favoured Governor Seyi Makinde-led government.

The apex court, in its judgement, noted that the the tenures of the sacked Council chairmen and Councillors have expired but all outstanding salaries and allowances must be paid with immediate effect.

The court fined Oyo State Government with a sum of N20million for perpetrating illegality.

But in his congratulatory message, Olowofela said: “I congratulate Abass Aleshinloye led ALGON for the success achieved at supreme Court. Senator Ajimobi (May his soul rest in peace) told me you’re going to win at the Supreme Court but that GSM just wants to waste your time.

“Both predictions have come to pass.

“The beautiful things is that posterity will never forget the actions of the gladiators and democracy has been strengthened.

“The success wouldn’t have been achieved, if not for the efforts of some people who worked behind the scenes. We congratulate all of them, which include but not limited to the legal team, APC party stalwarts, the incorruptible judges etc.

Oyo LG Election: No Going Back On Scheduled Date—OYSIEC Boss Replies ALAO-AKALA, Others