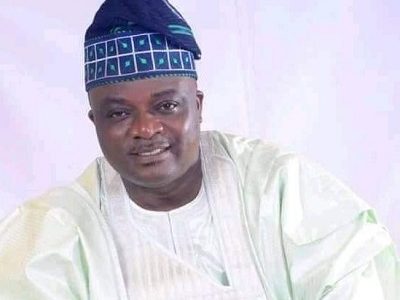 The Chairman-elect of the All Progressives Congress in Oyo State, Mr Ajiboye Omodewu, has admitted that the opposition party in the state is presently plagued by crisis.

Omodewu was elected as state chairman of the party on Saturday at a congress boycotted by the Minister of Youth and Sports Development, Sunday Dare and many other prominent leaders of the party.

Four members of the APC State Congress Committee had earlier distanced themselves from the congress which they said the secretary, Abdullahi Bello, singlehandedly conducted.

Omodewu in a statement on Monday said it was obvious that there was crisis rocking the party.

He, however, called on the agrieved politicians to join him and others to build a stronger party which he said would sack the present occupants of the Agodi Government House, Governor Seyi Makinde.

He said, ” I have always been a realist and a practical politician and in the light of this, I am not a person who will grandstand and be basking in euphoria of self conviction that all is well within our party when indeed the facts on ground are very obvious.

“Our party is presently at a crossroad and a very critical point. It is the common responsibility of all of us without exception to make or mar the present and even the future of our party.

” I have resolved and decided with the support of all the stakeholders and members of our great party to make, develop, strengthen and increase considerably the fortunes of our great party in our dear Oyo State in particular and in Nigeria in general.

“Our first and major assignment shall, by the grace of God, be to embark on the process of genuine reconciliation among our party leaders and members.

“I have no doubt that once we are able to resolve our internal differences and conflicts amicably, we are also simultaneously serving a quit notice to the present tenant occupying the government house at Agodi, Ibadan.

” For the overall interest and development of our dear pacesetter state and our people, we must close our ranks and truly unite to take our dear Oyo State back from the PDP mis-governance so that the labour of our forebears and heroes past shall not be in vain.”