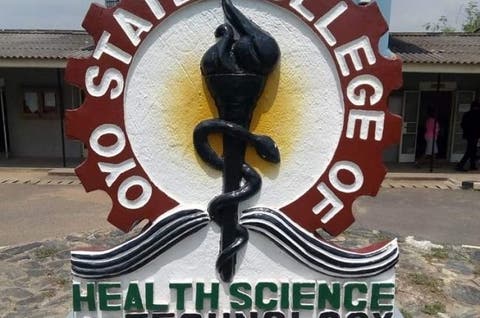 The chairman, Governing Council of Oyo State College of Health Science and Technology (OYSCHST), Eleyele, Ibadan, Dr Aaron Ola Ogundiwin has described the allegation of N45,000 board examination fees levelled against the management of the institution as false and baseless.

This was contained in a statement signed by the Public Relations Officer (PRO) of OYSCHST, Mr Sola Samuel Ojewole, which was forwarded to Tribune Online.

According to the statement, “while the council and management were not served with the letter of allegations, nor informed about the alleged matter, but due to gravity and seriousness of the allegations, we held a meeting to investigate the matter and found the allegations to be spurious, baseless and false.”

The statement reads further: “During the money investigation and interrogation, the council discovered that the students forged the letterhead on which their petitions were written and also falsified their matriculation numbers, an act which is tantamount to a criminal offence and gross misconduct in accordance with the college code of conduct for students.”

“The Governing Council equally observed that the allegation about the N45,000 board exam fees which was alleged by the students as contained in the unsubstantiated petition was malicious falsehood and handiwork of detractors.

“The chairman of the Governing Council, Dr Aaron Ola Ogundiwin maintained that the college management would not condone any act of indiscipline by students, promising that all erring students would be appropriately sanctioned by the management to serve as a deterrent to others in the future.”

Speaking on the development, the outgoing president of the Students Union Government (SUG) L, Comrade Ifeoluwa Olawumi and the president of the Department of Oral Health Science Students’ Association, who were present during the investigation confirmed that all allegations levelled against the college management were untrue and misleading.