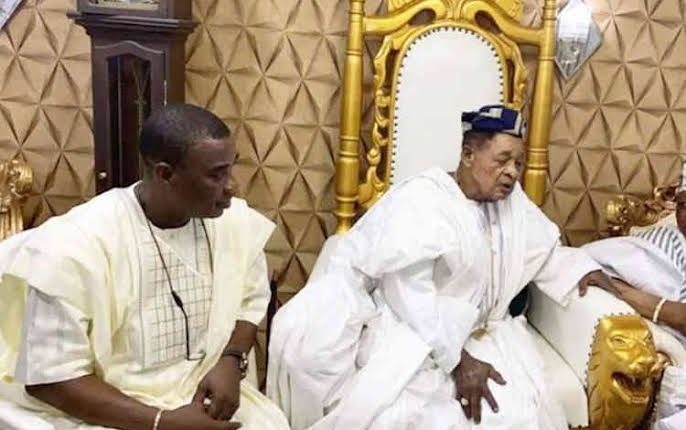 Sorunke aka MC Murphy, a popular radio presenter and event anchor, was allegedly beaten black and blue by KWAM 1 and his boys on Thursday night at the 60th birthday party of the Olu of Itori, Oba Abdulfatai Akamo, in the Ewekoro Local Government Area of Ogun State.

Our correspondent gathered that both Ayinde and Murphy were invited to the party to perform as musician and compere, respectively.

The musician allegedly disrupted the party, which had some prominent persons in attendance.

Addressing journalists in Abeokuta, Ogun State on Friday, FIBAN President, Desmond Nwachukwu, described the incident as unbecoming of the artiste and holder of the ‘Mayegun of Yorubaland’ title.

Nwachukwu alleged that Ayinde, aka K1 De Ultimate, brutalised, harassed and humiliated the FIBAN member over what he called a minor issue and appealed to the Alaafin of Oyo, Oba Lamidi Adeyemi, to immediately strip the Fuji star of the title bestowed on him.

The FIBAN president described Ayinde’s conduct as a mockery of Yoruba race, while declaring him as unfit for the title, adding that the leadership of broadcasters association had reported the matter to security agencies and vowed to take legal means to ensure justice was served.

He said, “We would like to tell His Majesty that we are all humans and we can make mistakes. This is a grave mistake he has made because, as far as we are concerned, the holder of the ‘Mayegun of Yorubaland’ title must be a man that commands respect and carries himself pretty well, understanding that the image of His Majesty and the entire Yoruba race is what he goes about with.

“We would like to tell His Majesty that it is not too late to strip him of that title. We have to understand that this is Yorubaland and this is where culture and tradition are held with a lot of candour.

“And I say without any reservation that the conduct of Wasiu Ayinde Marshal at the 60th birthday of the Olu Itori is the least expected. He does not merit the title by that conduct. It is not just a slap in the face to broadcasters in Nigeria and across the world; it is indeed a slap in the face to the Yoruba.”

While sharing his ordeal, Sorunke said he was attacked shortly after he had taken his client to the stage to be eulogised by Ayinde.

According to the broadcaster, while on stage, Ayinde snubbed him alongside his client, who is the Chief Executive Officer of Olageospatial Global Investment Company, Fasina Olajide.

Sorunke said he was shocked by the attitude of Ayinde to him and his client and left the stage with his client.

He alleged that the Fuji star and some of his boys simply identified as KC and Gaji got off stage and “descended on” him where he was sitting.

The broadcaster said it took the intervention of some of his supporters and other members of the gathering to rescue him from the irate artiste and his boys.

Sorunke, who showed journalists his swollen cheeks and lips, noted that Ayinde had later expressed regret over the assault and apologised to him.

He said he decided to make the matter public and seek justice in order to serve as a deterrent to the musician, who, according to him, has an alleged penchant for beating up people at the slightest provocation.

When contacted, Ayinde’s media manager, Kunle Rasheed, denied the involvement of his boss in the violence at the party.

Rasheed, who also spoke briefly with our correspondent, later sent a text message, saying, “Nothing of such happened. Anything that happened to him (Sorunke) has nothing to do with Alhaji (Ayinde).”