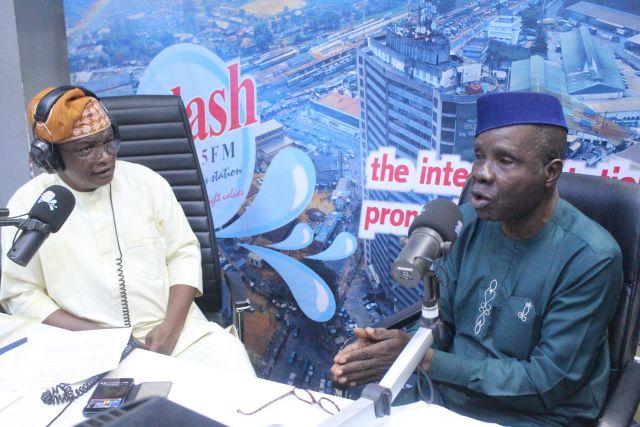 ‘Seyi Makinde, governor of Oyo State, will not be re-elected for a second term in office, the general overseer of the popular Divine Seed of God Chapel Ministries, Ibadan, Prophet Moses Wale Olagunju, has said.

The man of God who said he stopped taking bath 21 years ago, spoke during the week featured on Parrot Xtra/Ayekooto on radio anchored by Olayinka Agboola and broadcast live on Splash 105.5FM, said he didn’t say that because Makinde refused him attention.

Saying that the chairman of the governor’s advisory council, Hosea Agboola and former commissioner for budget, Niyi Farinto are aware that he prophesied Makinde’s victory in 2009, 10 years before he finally won.

According to him, “I fasted for Governor Seyi Makinde for forty-five days and nights for him to emerge as the governor of Oyo State, some important personalities in his government are quite aware of this even though they did not even bother to appreciate. I can mention Senator Hosea Agboola, Niyi Farinto and others.

“God told me things, problems that will unfold in his administration but they refused to take my message with seriousness. He will not return for a second term.

“The prophecy is based on what God said and not because of what his government did to me.

“Many of our politicians swear with the Holy Books of Quran and Bible yet corruption persists?

“As Christians, the bible does not support swearing. God said our ‘yes’ should always be our ‘yes’ and our ‘no’ should equally be our ‘no’. God knew that man is liable to error that is why He did not support swearing of an oath with the Bible. Most people are just going about with the Bible, it does not have any meaning to them but whosoever wants to make Heaven should always know that his or her ‘yes’ must be ‘yes’ and ‘no’ should be ‘no’.
You also prophesied that prominent Kings would die in Oyo State in 2022? And your prophesies came to pass…

“When God revealed a vision to an individual, it is not to frighten but to warn the persons involved to be watchful and be prayerful but so many people believe that the moment a prophet releases a prophecy he is only seeking after popularity and wealth. I do not release prophecy to frighten people or to gather wealth.