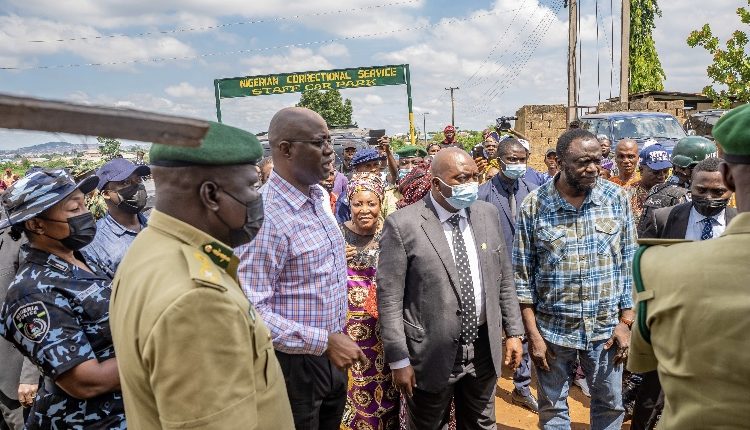 Thirteen of the inmates who fled the Abolongo Custodial Centre in Oyo State after the facility was attacked on Friday have been apprehended in Ife Odan, a town in the Ejigbo Local Government Area of Osun State.

A reliable security source told PUNCH Metro on Sunday that the inmates were wandering in the town on Saturday when policemen on a patrol arrested them.

Also, a resident of Ejigbo, identified only as Ademola, said residents of the town and other adjoining communities had been put on alert to report any suspicious movement, as security agents continued the search for inmates who fled the custodial centre.

The Field Commander, Osun Amotekun Corps, Amitolu Shittu, said men of the corps were deployed in some villages at the boundary of the two states.

Amitolu said, “We deployed men in Ogburo, Owu Ile, Ikonifin and other communities along the Osun/Oyo boundary. We are also in contact with residents of these communities and we have made them realise the need not to harbour any suspects. Our men are searching those communities; we are on top of the situation.”

The Special Adviser to the Osun State Governor on Security, Mrs Abiodun Ige, did not confirm the arrest.

But Ige said the state government was providing support to the Nigeria Correctional Service to keep its facilities in Ilesa and Ife more secure.

A spokesperson for the Osun State Police Command, Yemisi Opalola, who confirmed the arrest of the inmates, asked for time to get more details.

Ayegbayo said immediately the inmates were arrested, they were moved to Ejigbo, where the police profiled them.