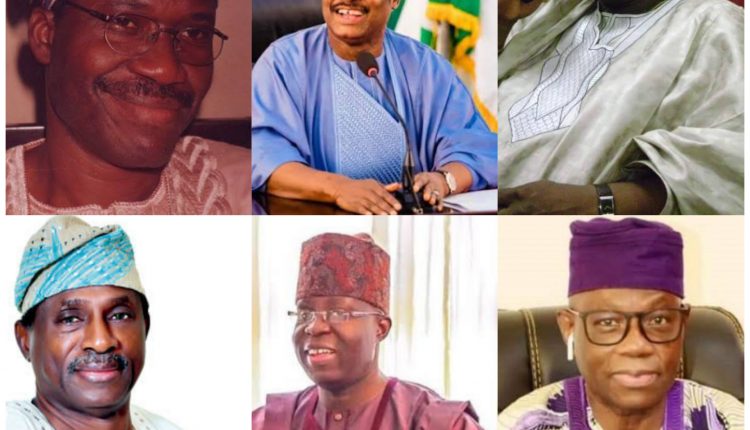 The lawmaker representing Oyo South senatorial district, Kola Balogun, has officially dumped the Peoples Democratic Party in the state. His departure became inevitable after the State Governor, Seyi Makinde, handed the party’s ticket for next year’s election to Joseph Tegbe, a 2019 gubernatorial aspirant under the All Progressives Congress.

During the week, the former Commissioner says he won’t go down without a fight. For this battle, like this newspaper exclusively reported earlier today, Balogun is set to pick up the broom by joining the APC, a party embroiled in its internal conflicts.

If Balogun officially joins the APC, he would have to battle other prominent politicians for the ticket. His predecessor, Soji Akanbi; Former Finance Commissioner, Bimbo Adekanmbi; and former Secretary to the State Government and 2019 gubernatorial candidate of the Zenith Labour Party, Sharafadeen Alli, are all interested in the seat.

A recurring name and Ibarapa-born businessman, Olusola Ayandele, and banker and son of the Basorun of Ibadanland, Kolapo Kola-Daisi, have also thrown their hats into the political ring.

No doubt, the political future of Balogun, whose elder brother, Oba Balogun, is the Olubadan of Ibadanland, now hangs in the balance. If he manages to secure the fiercely contested ticket of the APC, he has to face off with Tegbe, an Ife-trained KPMG consultant whose grassroots support has grown massively since his foray into politics in 2019.

His contest with Tegbe will also be what many observers say is his first real political test. Recall that his victory in 2019 was largely a protest vote against late former governor Abiola Ajimobi’s attempt to return to the Senate.

Beyond all these, Balogun also faces the burden of history, a factor that bears more weight, politically, than any other that stands in his way.

Since the return to democracy in 1999, no lawmaker has represented Oyo South senatorial district more than once. Five individuals represented the district before the incumbent. None of them was re-elected to the office.

The first of these five is Peter Adeyemo, a Naples-trained architect who represented the constituency between 1999 and 2003 under the platform of the Alliance for Democracy. Before the 2003 general elections, Adeyemo decamped to the National Reformation Party to contest the gubernatorial seat in the state. He never got close to the office again and, to date, remains the only Ibarapaman to sit at the red chambers since 1999.

In 2003, Abiola Ajimobi was elected to replace him under the platform of the same party. Fresh from a 26-year career in the oil sector, he was named the Deputy Minority leader of the Senate. Before the 2007 general elections, like his predecessor, he left the party to join the race for the next landlord of the Agodi government house under the platform of the All Nigeria’s People’s Party.

Ajimobi’s guber aspiration at the time paved the way for a young and politically inexperienced Makinde to pick the senatorial ticket of the ANPP. But they both lost their gubernatorial and senatorial bid, respectively, to the PDP under controversial circumstances. While Ajimobi lost to Alao-Akala, Makinde lost to Kamoru, the son of the late ‘grand commander’ of politics in the state Lamidi Adedibu.

In 2011, Kamoru was named the flagbearer of the PDP again, becoming the first incumbent lawmaker to run for re-election and not governorship since 1999. However, he lost to Femi Lanlehin, an Nsukka-trained lawyer of the Action Congress of Nigeria.

Before the 2015 general election, Lanlehin, like Adeyemo and Ajimobi, dumped the ACN for Accord Party due to disagreements with Ajimobi, who was already the state governor.

But he lost his re-election bid to Soji Akanbi, a former member of the House of Representatives, the candidate of the newly formed merger party, All Progressives Congress. Soji’s defeat came four years later.

In 2018, Abiola Ajimobi, rounding up his second tenure as governor, declared his intention to return to the senate. This development did not sit down well with Soji, who decamped to the Action Democratic Congress when the Governor won’t back down.

During the elections in 2019, Ajimobi, the only two-term governor in the state’s history, was no longer in the people’s good books — thanks to his endless political wars. At the polls, the people protested against his candidacy, paving the way for a relatively less popular Kola Balogun to emerge.

So, as we approach the 2023 elections, the 22-year-old question is whether Kola Balogun can break the second term jinx that the late Koseleri, and self-acclaimed jinx breaker, Ajimobi couldn’t break? Voters will decide.