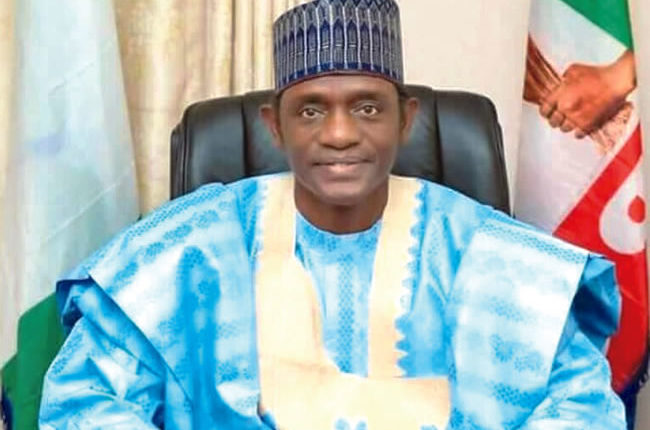 THE governors on the platform of the All Progressives Congress (APC) have their minds made up on the conduct of the national convention of the party next February to produce new set of national officers ahead of its presidential convention to be conducted same 2022.

A strongly worded letter written by the Director-General of the Progressives Congress Forum, Salihu Lukman, has advised the APC Caretaker/Extraordinary Convention Planning Committee, CECPC not to renege on the February date.

The letter dated December 16, 2021 signed by Lukman was addressed to Yobe State governor and Chairman of the APC CECPC, Mai Mala Buni.

It was titled, “APC and Campaign for New Nigeria.”

Sunday Tribune checks revealed that the governors led by Kebbi State governor and chairman of the Progressive Governors Forum, Abubakar Atiku Bagudu, at the end of their closed-door meeting with President Muhammadu Buhari last month told Villa correspondents that President Buhari, who is the leader of the APC, had agreed to next February for conduct of national Convention.

Further investigation revealed that the governors are not comfortable with a private memo written to the chairman of the APC Caretaker Committee by former Abia State governor and Chief of Whip of the Senate, Senator Orji Uzor Kalu.

In the letter titled, “Urgent Appeal for Postponement of APC National Convention’, the former Abia State governor asked the Governor Buni led caretaker committee to abort the conduct of the convention next February.

The Chief Whip of the Senate claimed that the ruling party is too fractured to convene a national convention.

He further suggested that the interim leadership of the party should conduct both the national convention and presidential convention same date.

A party source told Sunday Tribune that some of the governors were not comfortable with the call for postponement of the Convention.

“They are dismissive of Senator Kalu’s position and some of them are saying he is be- ing used to test the waters for the postponement of the convention.”

Lukman in his letter warned against postponement as he noted that “Any further delay in discharging this responsibility is as good as consciously working to strengthen political opposition to APC.”

The Director-General of the PGF also expressed reservations about the alienation of the statutory organs of the APC which he noted were constituting a hindrance to the elevation of internal negotiations.

The organs Lukman refused to mention include the National Executive Committee and National Caucus of the Party.

He said: “The need to elevate internal negotiations within the APC through resumption of meetings of statutory party organs to ensure that APC leaders begin to reach agreements on all substantive issues, the APC Caretaker and Extraordinary Convention Planning Committee (CECPC) under Your Excellency’s leadership will be required to provide the necessary guidance to party leaders at all levels to appreciate that resolving the challenges facing Nigeria today is about developing new orientation, which is more about ensuring that structures meet, take decisions and party leaders at all levels commit themselves to implement the decisions.”

Lukman also appealed to the APC CECPC to seek a review of the party manifesto “before the February 2022 convention to guide the party’s campaign for 2023.

The letter read in part: “Kindly find attached the publication, APC and Campaign for New Nigeria, which is part of the ongoing effort to support you and all APC leaders with perspectives that highlight all the manifest challenges of developing Nigeria’s democracy.

“Part of the objective is to draw attention to some of the critical requirements needed to return APC to its founding vision of providing all the needed political leadership to change the country. Issues in the publication attempt to provide contextual analysis of challenges of insecurity, national unity, party building and policy engagement.

“At this point in the development of APC, it is important to recognise that both in terms of internal party governance and wider management of governments in twenty-two (22) states and at the national level, more than any party since 1999, APC leaders have been upright in recognising challenges and accepting responsibility.

“Issues in the publication analyse many of the challenges facing the country and make recommendations appropriately. A major recommendation of the publication is the need to prioritise negotiations among political leaders within the party to arrive at agreements, which should be respected by all. The most important for negotiations in APC is the structures as provided by the constitution of the party.”