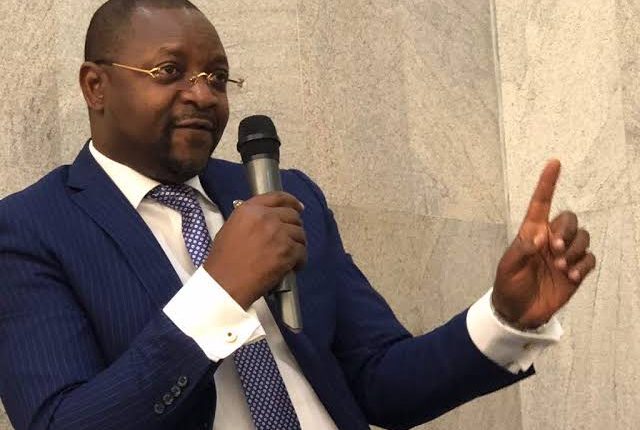 APC CRISIS: Alao Akala Deserve The Leadership Role Than Any other Person—Sunday Dare

The crisis rocking the Oyo state chapter of the All Progressives Congress, APC, seems far from ending as faction took different stand about who should lead the party, Akéde Ọ̀yọ́ reports.

Recall that Akéde Ọ̀yọ́ had earlier reported that the Unity Forum faction of the party dismissed claims by the Akin Oke-led executive that Akala should head the Elders Advisory Committee of the party.

The minister, via his Verified Twitter Account said the first task of the Advisory Committee is to bring about normalcy by ensuring that the spirit of inclusivity is enshrined.

He added that former Governor Adebayo Alao Akala deserves the leadership role than any other person.

The tweets reads: “Oyo APC- the first Task of the Advisory Committee is to bring about normalcy by ensuring that the spirit of inclusivity is enshrined.

“I am not one to bury my head in the sand. No. Let’s pay attention to the details of unification. Not gloss over them. That’s my point.

“I speak out because silence is not an option. As an investigative journalist and activist, I know that too well.

“I speak up because I want us to achieve genuine unity, not overnight unity that is not rooted. The rush to attack anyone not sharing your view can be disruptive…

“I have looked around.There is only one former governor in Oyo State APC. He deserves the leadership role. Almost a given. But he bears a huge responsibility- to be father to all.

“The Uniter. The Arbiter. The modern leader. Those that seek for him a different role do him great harm”