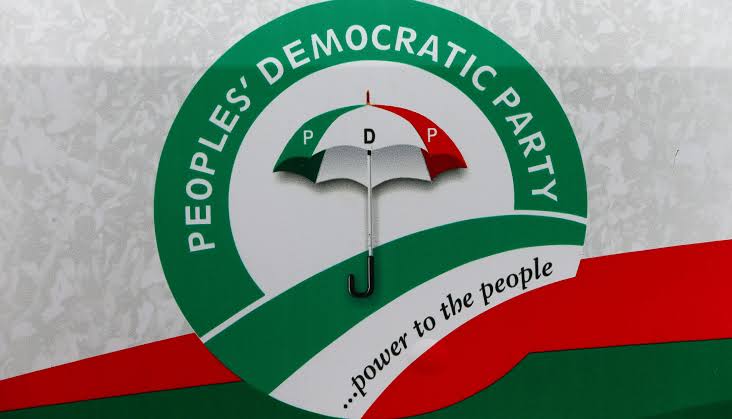 Some members of People’s Democratic Party loyal to ex Ekiti state Governor, Ayodele Fayose has frown at Oyo state governor, Seyi Makinde on his decision to have deployed men of Western Nigeria Security Network codenamed Operation Amotekun to the venue of the party congress Osogbo, ahead of Monday 12th, the zonal congress Election Day.

Mr. Musibau Olatunji from Ede who spoke on behalf of the PDP group said, “It is ridiculous for His Excellency, Gov Seyi Makinde of Oyo state plotting to use Amotekun, he controls as the security personnel for the zonal congress”. You would recall that the group of Gov Seyi Makinde had been insisting on the location of Ibadan as the venue until NWC of the party changed the venue to Osogbo, Osun State. This was one of the reasons Former Gov Fayose gave for not accepting Ibadan. Gov. Seyi Makinde and his team need not to be told that Amotekun is not a security outfit controlled by the Federal Government but the state, so in this case they would not be objective rather act according to the directive of Governor who’s the Amotekun General.

Having sighted the Amotekun men in Osogbo, we got the message clear and hence need for their total rejection. This is Osun State, not the state Mr. Seyi Makinde controls. Our team here in Osun would not tolerate any undemocratic or unlawful attitude from anyone or group.

Amotekun security men should be redeployed back to Ibadan, Oyo State. Their service is more required in Ibadan and its environ where Fulanis herdsmen are killing people. This Amotekun could not do anything on the recent clash between the Fulani herdsmen in Igangan, Ibarapa area but could come to Osogbo with ammunition to support their boss, Governor Seyi Makinde. Thank God for the intervention of Chief Sunday Igboho who restored peace back to the community.

Zonal Congress is an organized event for all the states in the southwest. It’s not an Oyo State affair neither is it controlled by Gov Seyi Makinde. In this case, a tree can never make a forest. The use of Amotekun to chase people away from the congress would not yield any productive result. This is the same Amotekun Gov Seyi Makinde could not use to curb the excesses of insecurity in his state but plans to use them for evil in Osogbo. The Amotekun that could not rescue the man that was kidnapped in quarry, Ibadan. We are not unaware of his directive to some men of Amotekun on this evil assignment but we warn them strongly to stay away from the congress. We reliably gathered that some of the said men are even members of PMS but clothed as Amotekun men. They are not invited either as Amotekun/PMS or citizens of Oyo state as they are not delegates to the congress. Gov. Makinde should also desist from deploying men of PMS to Osogbo. We are aware of your order through Mr. Mukaila Auxiliary to lead the notorious men of PMS down to Osogbo. It’s a failed cause already.

The PDP group loyal to Former Gov. Fayose has rejected Gov. Seyi Makinde’s intention to use Amotekun Security Men for his selfish interest. While we are urging Gov Seyi Makinde not to cause trouble and mayhem in the Congress, it’s hopeful that his close ally would advise him right this time around. It’s better to accept defeat than causing disruption on the congress field. He should remember that no election is worth the blood of human being.

More so, Gov has an option of going in the way of masses or the way of his selfish interest on the SW zonal election. We know how futile his effort has been trying to buy our people in Ogun, Osun and Ekiti but they keep turning him down. It’s a clear message to the Governor and his camp that they have lost the election. You can’t eat your cake and still have it back. We don’t know what Mr. Mukaila Auxiliary and Otunba Seye were doing in Osogbo yesterday but note that we are monitoring all your suspicious movements closely.

We use this medium to call on the men of DSS, Police to take this matter up as a matter of necessity. We use this channel to tell the Commissioner of Police, Osun State that any Amotekun found in Osogbo and its environ should be arrested and detained. Osun state does not have Amotekun Security Outfit for now so there shouldn’t be any man of the body found around the congress. We also call on AIG Zone 11, to release his vibrant men for the congress for the protection of lives and properties.

We cannot but wish everyone a nice stay in Osogbo for the 2021 SW PDP zonal congress.