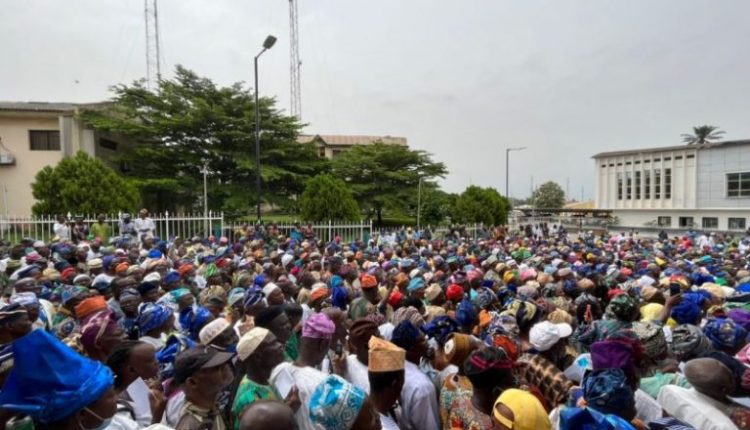 As Long as I am Governor, Pensioners Will Be Paid the Same Day as Oyo Workers — Makinde

Governor Seyi Makinde of Oyo State has pledged not to relent in the timely payment of pensioners’ gratuities and arrears by the state government.

Governor Makinde made this pledge earlier today during a thank-you visit by the Oyo State chapter of the Nigerian Union of Pensioners to the Governor at the State Secretariat, Agodi, Ibadan.

Speaking during the visit, the pensioners appreciated the Governor for his care for pensioners in the state noting that the story of pensioners in Oyo state has changed from being frail, tired and dying due to the inability to purchase basic amenities to being healthy, fit and strong.

In his response, Gov Makinde appreciate the pensioners for the visit and pledged to continue the timely payment of gratitude as well as payment of backlogs met by the administration.

The Governor noted that payment of pensioners’ gratuities was a promise he made to himself and to his father before he became a governor.

His words: “At the age of 60, my father was diagnosed with diabetes. On his 75th birthday, he called me and said to me, son, I appreciate you for all you spend on my drugs and food. I thank God that I have a son who can afford these drugs and who cares for me. However, what would have happened to me if I do not have a child to buy me these drugs, that means I would have died long before now.

“Pensioners will get paid the same day as workers in Oyo state and it will continue to be that way as long as I remain in office”.