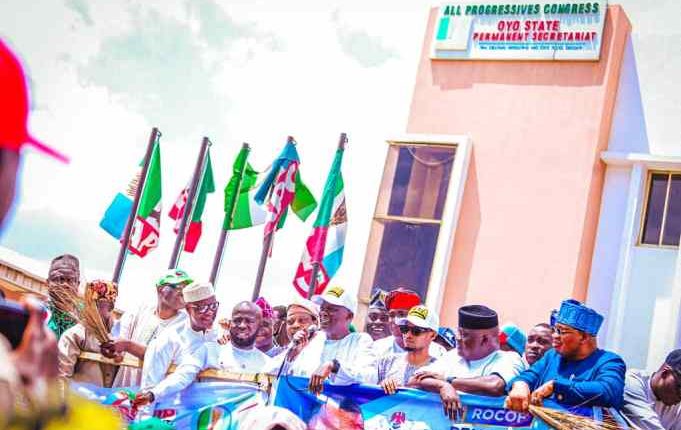 Teslim Folarin, three-term lawmaker representing Oyo central senatorial, has sounded a note of warning to Mukaila Lamidi, chairman of the park management system disciplinary committee in the state to desist from attacking members of the All Progressives Congress, APC, or face the consequences.

Folarin who mocked Seyi Makinde, governor of Oyo State, for lacking leadership abilities, said he and others wouldn’t fold their hands and allow Auxiliary and others to turn the state into a place when insecurities reign supreme.

“Whatever they call his name— Auxiliary or what? He should be prepared for the consequences if he doesn’t stop attacking members of the APC. We will not fold our arms while they continue to unleash terror on our members and people. He should be warned.

”Everything our administration did, Makinde has drawn us backward. We are coming to correct that.

“When I said we set a trap for them. They thought I was talking about courts alone. No, it isn’t. They have been trapped. Was I the one who told him to be fighting his only senator, Kola Balogun and three-term reps member, Muraina Ajibola? Many of his people are joining us. We decided to bring these people here today to show that their defection isn’t audio.

2023: The Trouble Within Oyo PDP Over Consensus Arrangement