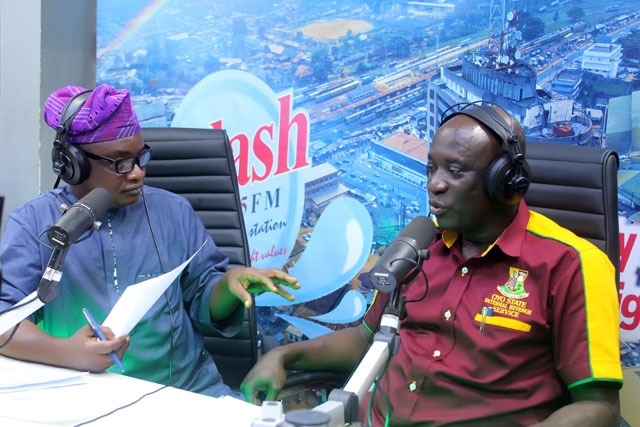 Oyo State’s Board of Internal Revenue has announced that plans have almost been concluded to make payment of taxes by residents easier.

The most appealing of the moves is the arrangement to ensure that tax payers can pay from the comfort of their homes without having to go to the banks to queue or sit under the tents for long hours before being able to fulfill their roles as dutiful citizens of Oyo State.

The chairman said online platforms are being created to make tax collection easier adding that details and specific pieces of information concerning this will be released and widely publicized as soon as possible.

Awakan also revealed that his board has asked its revenue collection officers not to collect raw cash from tax payers again.

Said the chairman “Our staff will never ask anybody to bring raw cash. The right thing for tax payers to do is to pay into our designated banks. We do not want anybody to pay cash to our revenue officers anymore.”

Awakan also used the opportunity to appeal to residents and citizens of Oyo State to cooperate with the board as it carries out its statutory duties.

“Taxation is about law and accounting. The law of the land supports taxation. Internally generated revenue is the blood of any state government. We need the support of our people so that we can generate as much as possible and the beautiful thing there is that we now have a government under Engineer ‘Seyi Makinde that is very, very much accountable.

“For example, the recently introduced Park Management System has been generating revenue for Oyo State Government. The money realized from the PMS can be easily accounted for. This is a clear departure from what used to happen in the state before the advent of Engineer Makinde.

“Residents of Oyo State have so much to gain by paying their taxes regularly and promptly. The present administration will, in return be more proactive and continue to provide more infrastructures”.

Awakan also revealed that the governor has given his board the necessary free hand and support for it to succeed.

“The governor is very much interested in growing the revenue being generated internally. This is because he is in a hurry to rapidly develop the state. He wants to provide more roads, light-up the state, provide potable water and many other amenities.”